With Father’s Day fast approaching, Howard wanted to give away a few signed copies of his book “Howard Stern Comes Again” to fans Wednesday morning, so he turned to his team of staffers for a few contest ideas.

“You should hear these ideas. First of all, I’ve got to figure 90 percent of these ideas are from Richard,” Howard told Robin, indicating most of the pitches involved penises.

The first concept entailed fathers lining up behind a curtain and their sons guessing which penis belonged to their dad.

“How do you know your father’s cock? Seriously,” Howard asked.

While Richard clarified this specific idea was thought up by his co-worker Sal Governale, he admitted he did, in fact, know what his father’s penis looks like.

“When we were out hunting or fishing he’d piss in front of me,” he explained. 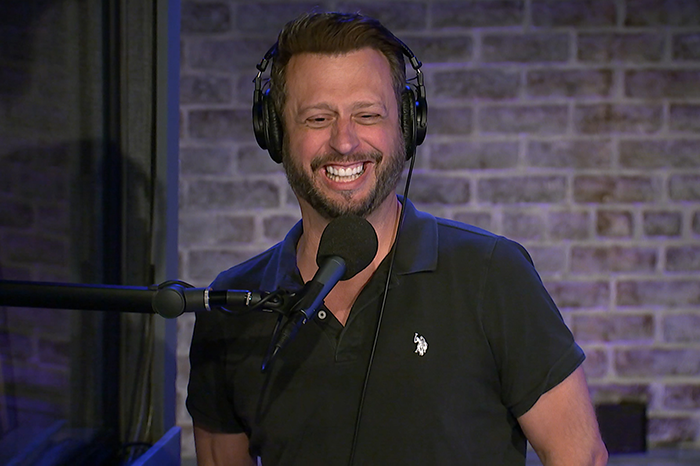 Similarly, Sal confessed he, too, had seen his dad’s nether regions when they went to take a shower at the beach one time. “It was horrible,” he said.

The two also had a few other ideas for Howard including a game of gay incest chicken, a contest to find the biggest differential in penis size between a father and son pair, and a new edition of Cockyoke sung in the “69” position. Additionally they conceived a “dock the daddy” concept for family pairs where one participant was circumcised while the other was not.

“We’re kind of a gay brain trust,” Richard said with a laugh.