“The door opens, his daughter walks in, they embrace,” the Stern Show staffer says of the tense family moment

It was a Father’s Day unlike any other for Sal Governale and his family on Sunday. Howard’s staffer came in studio and shared all the details from his much-anticipated meeting with the half sister he never knew he had until a DNA test revealed he had more siblings than he originally thought. The now-grown woman and her sister (who does not live in the area) are the daughters of Sal’s father and the woman he was having an affair with many years ago. After exchanging messages with one of Sal’s full sisters, the long-lost relative agreed to come to the Governale household and meet her biological father for the first time this weekend as an adult.

“At first I didn’t want anything to do with it,” Sal told Howard. “The whole thing, to me, came down to my mother. I really admire her for her selfless act. I felt extremely bad for my mom.”

Mrs. Governale was initially against her husband having any relationship with his estranged daughter but over time decided it would be okay for the two to finally meet.

“We were just proud of what my mom did,” Sal continued. “That’s very difficult. Most people wouldn’t do that.”

Before the half sister arrived, Sal told Howard there was “lots on tension” as they waited. Then, the door opened.

“The door opens, his daughter walks in, they embrace,” Sal explained. “My dad said he was sorry and then the lady turned to my mom and really thanked my mom for making this happen.” 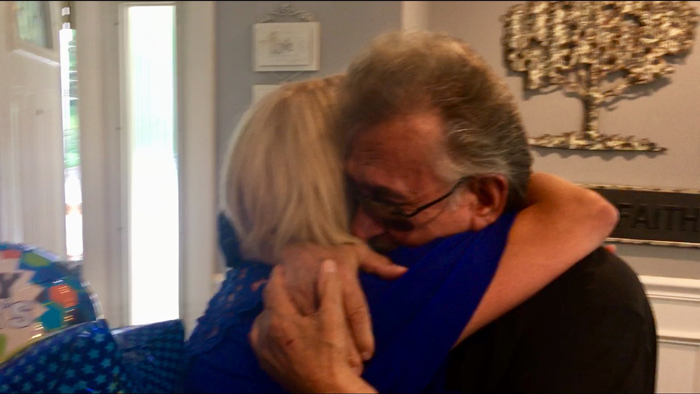 While talking, Sal learned one of his half sisters is five years younger than him and the other is 11 years younger than him. They also soon discovered Sal’s two full sisters share the same birthdays as his two half sisters, though they were all born in different years. Sal’s father thought such a coincidence must be an indication he should buy lottery tickets using their birthdates.

Something else Sal learned: both his sisters and their husbands are fans of the Stern Show. Howard wondered if that meant they were upset to have him as their half brother considering some of the things he’s done and said on the air in the past.

“They were probably like, ‘Oh shit, why couldn’t it be Fred?’” Howard joked.