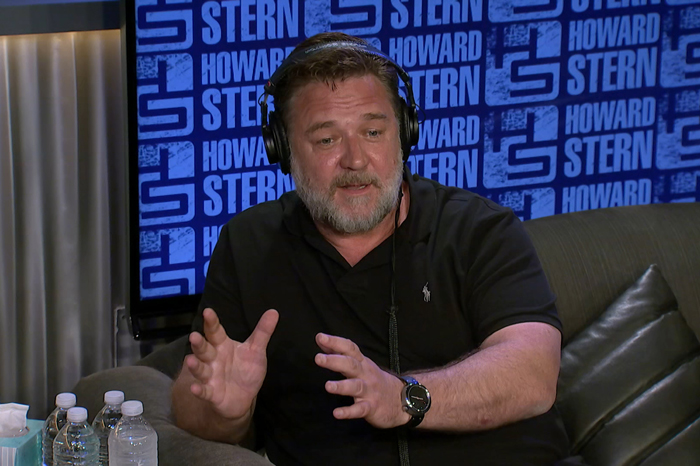 Of the many challenging roles of Russell Crowe’s career, his latest is perhaps one of the darkest he’s ever taken on: former Fox News exec Roger Ailes. The Oscar-winning actor told Howard on Wednesday about starring in Showtime’s upcoming miniseries “The Loudest Voice” and how he was able to transform into Ailes.

“He’s a complicated guy but that’s what makes it interesting to do,” Crowe said.

By watching countless hours of interview footage, Crowe says he allowed Ailes to “wash over” him until he had as firm a grasp as he could on Roger’s personality. It wasn’t merely an impression of Ailes that Crowe was trying to recreate but rather a transformation – so much so that he’d be able to anticipate how Ailes would react in nearly any situation.

“I’ve gotta find a way of being him in a holistic way,” Crowe explained. “You have to be able to do that voice in a whisper, in a scream … I need to be driving the character from a deeper place.”

Aiding him in his portrayal were some complicated prosthetics the likes of which took hours to apply to Russell each day.

“I think the fastest we ever did it one day was two hours and 17 minutes,” Crowe said of his time in the makeup chair.

As annoying as putting the prosthetics on was, it was even worse taking them off. Russell had to slowly remove each piece so that he didn’t break any skin.

“Sometimes it would take the entire weekend just to get the glue off my face,” he told Howard.

Russell’s acting aspirations were formed while still in grade school but becoming Hollywood-level famous wasn’t something Crowe ever thought possible as a kid living in Australia. If not for Nicole Kidman’s marriage to A-lister Tom Cruise in 1990, Russell questioned if his career (and the careers of other Aussie actors like him) would have ever been launched.

“Nicole Kidman married into American royalty,” Russell told Howard. “And she began to converse in those power rooms about Australian film.”

Nicole may have adjusted the focus of some in the film industry, but actress Sharon Stone pointed directly at Russell as a future star after seeing him in the 1992 film “Romper Stomper.”

“Sharon Stone saw this film and decided I had to be in a movie with her and she had some power coming off of ‘Basic Instinct,’” Russell said. Though producers were at first reluctant to cast a then-unknown Crowe, Stone got her wish and co-starred with Russell in 1995’s “The Quick and the Dead.” He told Howard he’s still friendly with Sharon to this day and still grateful for her advocating for him as an actor.

Russell’s star continued to rise throughout the 1990s leading up to his starring role in 2000’s “Gladiator.” Crowe would eventually take home the Best Actor Academy Award for his performance, something that probably didn’t seem possible when he first signed onto the project. According to Russell, he and director Ridley Scott got together and made edits to the original screenplay prior to the start of production. They eventually whittled the script down to just 22 pages.

“It was scary as hell,” Russell said of having so few pages going into filming. “What I’m good at is learning about shit and learning my dialogue. You know what I mean? If you don’t have a script, you don’t know what you’re doing.”

What he did have was Ridley’s assurance that he had a vision for the film that would make it exceptional – that was enough to convince Russell to stick around. The movie went on to gross nearly half a billion dollars worldwide and was beloved by audiences and critics alike. Years after its release, though, Russell finally allowed his children to watch “Gladiator” after they’d pestered him to see their dad in one of his most famous roles.

“I set it up one night … pushed play and 20 minutes later they wanted to stop,” Russell said with a laugh. Later that night while having dinner with Russell’s mother, she asked his son what he thought of the film.

“And he said ‘Oh grandma it’s one of the worst movies they’ve ever made. Dad was just yelling at everybody,’” Russell remembered.

Worldwide fame happened fast for Russell after “Gladiator” came out. So fast in fact he told Howard about the time he went into a jewelry store in Rome and came out 30 minutes later to find huge crowds gathered and police officers trying to control the scene. When he asked one of the officers what was going on, the Italian cop simply replied to him “you are going on.”

Becoming a celebrity does often times have its downsides. Not long after “Gladiator’s” release, he was contacted by the F.B.I. and told his life could potentially be in danger. Agent offered him protection for the better part of a year but never fully explained what they were protecting him from.

“I still don’t understand all that, man,” Russell told Howard. “Maybe they realized I was gonna pick up the bar tab?”

The only details he was ever told was about an Al Qaeda plot to kidnap public figures – a scheme that was thankfully never executed.

Last year, Russell Crowe made headlines after auctioning off several items of memorabilia from some of his most popular films as well as several personal items. Hosted by Sotheby’s Australia, the auction was titled “The Art of Divorce” and timed to right around Russell’s official split from his now ex-wife, Danielle Spencer. Russell explained to Howard, though, this was by no means anything he had to do in order to pay for his divorce.

“It was more about having fun,” he said. “I realized, you know, I’ve got one ass and too many motorbikes. I’ve got one wrist and too many watches. So, it was OK to sort of chop things down. So it wasn’t a painful thing.”

One item up for bid was a real dinosaur head Russell originally purchased for around $35,000 from Leonardo DiCaprio while hanging with the fellow A-lister at his home.

“I bought it for my kids,” Russell said of the prehistoric animal skull. “There was a bunch of vodka involved in that transaction when it happened.” 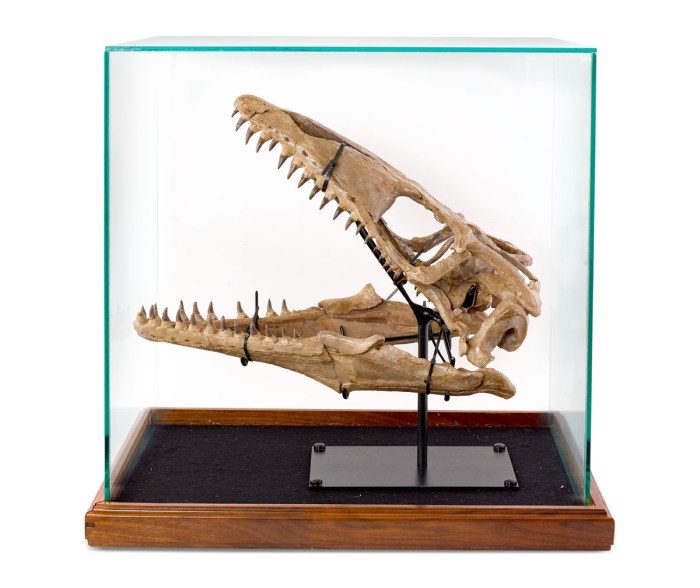 Russell didn’t have to pay anything for what he got from Marlon Brando as a gift after the legendary actor died in 2004. Crowe told Howard about receiving a call from Joanna, Johnny Carson’s ex-wife and one of Brando’s close friends. She told Russell how Marlon was an enormous fan of his work, particularly his performance in the movie “The Insider.”

“They were having a conversation one day and he picked up a book from the bookshelf in his office and he said ‘When I die, take this book to Russell Crowe,’” he recalled. When Russell finally received the book, he said he opened it up to find an inscription written inside although it wasn’t a message to him – it was something Jack Nicholson wrote to Brando when he first gave the book to him as a gift.

Russell asked Joanna why Brando never met with him in person before he passed away. She explained he didn’t want to for fear he’d be a disappointment to Crowe.

“Being the age that I am now, I know what he was talking about,” Russell told Howard.

Howard and Russell both agreed the best sequel ever made was probably of Brando’s movie “The Godfather,” which Brando famously didn’t agree to reprise his role in. Crowe has never done a sequel himself for fear it would never hold up to the original film but he admitted there are a few characters he’d be willing to reexplore.

“There’s many, many characters that I’ve played that I would love to see where they’re at now,” Russell told Howard, pointing to Bud White from “L.A. Confidential” and Jackson Healy from “The Nice Guys” as his top picks of roles he might reprise.

His hesitation to sign up for sequels is part of the reason why he didn’t want to play Wolverine in the first X-Men movies, a role that then went to Hugh Jackman.

“There’s no way I would’ve ever done that, even if I’d done the film. I wouldn’t have carried it through with the grace and the direction that Hugh gave it,” Russell said.

He also turned down a starring role in “The Lord of the Rings” trilogy after Peter Jackson asked him to play Aragorn, eventually played by Viggo Mortensen.

“My instinct was that he had somebody else in mind,” Russell said of the phone call he had with Jackson about the role. “He should be allowed to hire the actor that he wants.”

Part of Russell’s offer was a 10-percent stake from the box office receipts, a payday Howard calculated would have netted him around $100 million had he accepted to star in all three “Lord of the Rings” films.

“Or bought the rest of the dinosaur!” Russell replied.