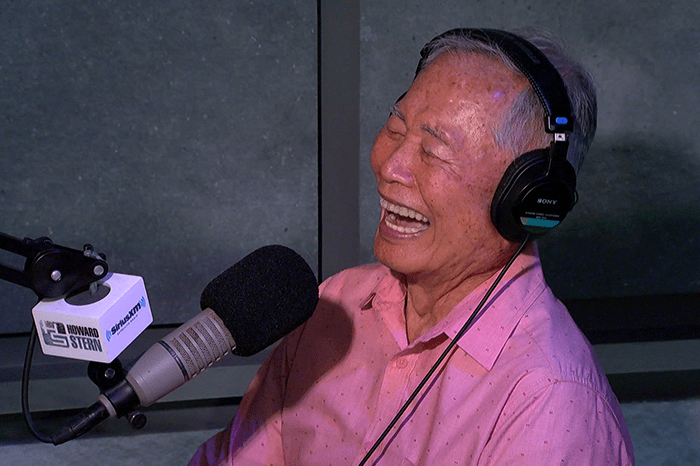 George Takei was a hit with fans on Monday – from his arguments with celebrity impersonations on the phone or opening up to Howard and Robin about the many aspects of his intriguing life. But on Tuesday morning, Howard revealed things went less smoothly in the recording booth while George was recording a few announcements for the show.

“We have so many outtakes,” Howard said with a laugh before playing a few of them. “For every three [announcements] it takes 30 minutes.”

In one outtake, George questioned the authenticity of staffer Memet Walker’s Japanese translations. In another, George educated a Stern Show producer on the syntax of shooting sperm. “I’ve corrected your grammar,” George told him. “[It’s] ‘shoots at 10 miles an hour’ and ‘contains up to 300 million sperms,’ plural.”

The Hollywood star apparently had so much trouble getting through one of his line reads that Howard’s staff eventually just asked him to move on to the next one.

“You think he did this on the set of ‘Star Trek’?” Robin wondered with a laugh.