For the first Stern Show of 2020, Howard spent a good amount of time reflecting on the annual staff holiday party, held at an upscale New York restaurant. “It’s my way of thanking everyone for being so wonderful,” Howard explained on Monday.

One controversial element of the party turned out to be the karaoke portion. “I hate karaoke … I find it very noisy and for me the fun of the party is actually sitting and talking to people that you get to work with all year but you never get to sit and talk to,” Howard said. “When the karaoke goes on you can’t even concentrate.”

“You gotta get out of there,” Robin agreed.

While Howard included karaoke because he assumed it was beloved amongst staffers, it was revealed Monday that might not be accurate. “I’m hearing this morning from Will [Murray], and Jason [Kaplan] and Gary [Dell’Abate] that they hate it as much as I do,” Howard revealed. “They’re saying it’s like an 80-20 split, that 20 percent of the people love karaoke and 80 percent absolutely hate it.” 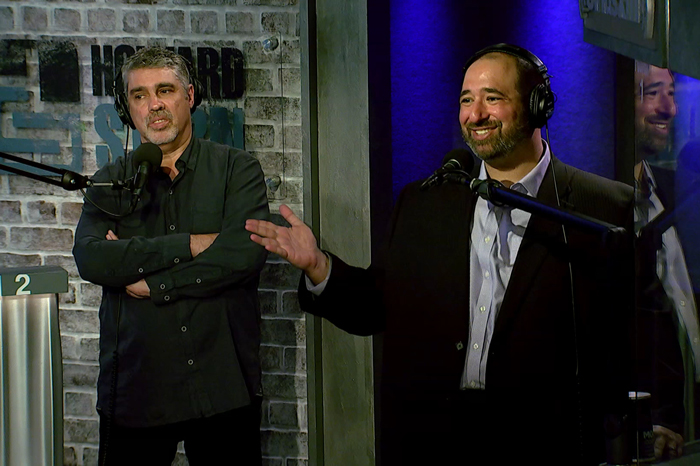 “When I hear karaoke, I feel like it’s time to go,” Gary concurred. “I just don’t enjoy it.”

According to some staffers, the issue might lie with staffer Memet Walker, who took over hosting duties from Sal Governale in 2019. “When Sal did it, he was like an MC,” Jason said. “Memet and his girlfriend took over the entire room and it was like a choreographed Broadway production with like rehearsals.”

“At one point I saw his girlfriend slide across the room on her knees,” Howard observed.

“The singing’s terrible too,” Will added. “JD gets up there and he mumbles away, out of tune … the rest of us have to suffer through it.”

“Now that I know you don’t like it, it’s done,” Howard offered. 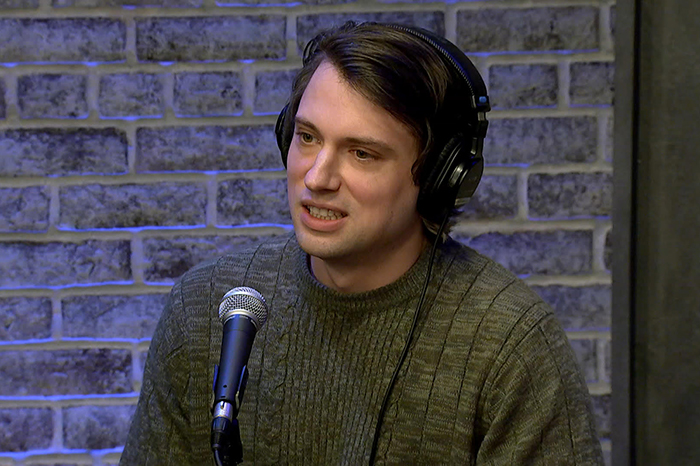 For his part, Memet wants karaoke to remain and came in to defend it. “So many people came up to me and said they had a great time at the karaoke,” the staffer exclaimed. “If anything, I’d save a little money on the food and have the karaoke go a little bit longer.”

That suggestion caused a commotion in the studio from those who couldn’t believe Memet would do away with the food so that he and other staffers could sing more.

“The food’s a little too fancy,” Memet continued. “It’s stuff I don’t even recognize as real food.”

“It’s fucking awesome,” an audibly upset Gary disagreed. “Howard please, I’m begging you, the food’s amazing, do not listen to him.”

Howard went on to describe the lay of the land at the restaurant that evening. “As you’re drinking, I have food going … deviled egg, hamburger, all types of fish, shrimp, tuna, buffalo wings, you name it,” he said. “Then in the back, complete with sushi chefs, is a full sushi bar.”

“My biggest issue was my plate wasn’t big enough,” Jason chimed in.

Despite strong defenses of the food from his colleagues, Memet was not backing down. “I’m going there to drink and have fun, you could save money and put out potato chips and pizza and these guys would be just as happy,” he theorized.

“This is what happens Howard when you throw a party for nuts,” Robin joked.

One other controversy of the evening was whether or not Ralph Cirella vomited in the men’s room. “I swear on the life of my mother and children, I have no idea where that’s even coming from,” Ralph said once on the phone. “I think I went to the bathroom once maybe and I was hardly even drinking.”

“Someone was coming out of the bathroom and they said they heard someone puking their guts out in the stall. All of a sudden the stall door opens, Ralph walks out, and goes ‘Hey now’, just covered in vomit.”

“That is the same story I heard,” Jason seconded.

“It didn’t happen,” Ralph insisted. “It didn’t even close to happen.”

While it’s not clear if karaoke will be featured next year, an impromptu staff poll taken by Jason suggests it might be in jeopardy. “We did the vote,” Jason reported. “Nine people said yes they very much want karaoke back next year, eighteen said no.”