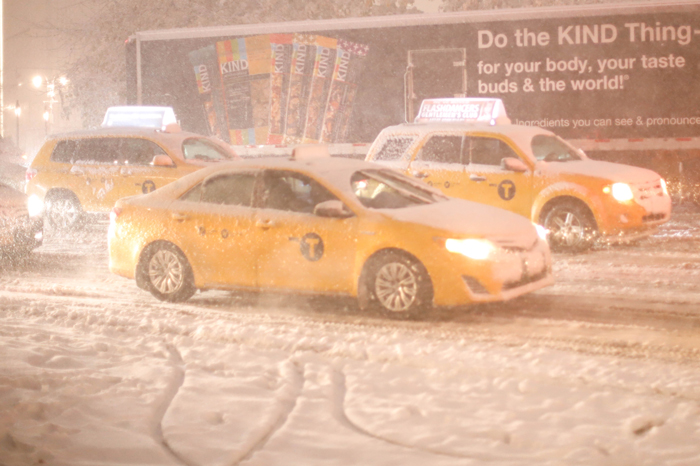 What started as a casual conversation about weather between Howard and a SiriusXM employee Tuesday might have led to a new weatherman for the Stern Show. “I was just in the elevator coming up here and the guy who operates the elevator, this guy Keith, he says to me, ‘Yeah, we’re gonna get some snow on Wednesday … it’s gonna be 58 degrees on Friday and Saturday’s gonna be like 61 degrees,'” Howard mentioned.

Compared with the often “complex” deliveries of trained TV meteorologists, Howard praised the directness of Keith’s approach. “I said to Ronnie … ‘We should get Keith in here to do the weather every morning’ because he does it very simply’,” Howard continued.

A report Howard likely would have appreciated recently would have been one on the abundance of slow, fat mosquitos he experienced during his recent vacation to Mexico. “The second I get there, boom. I feel a mosquito,” Howard told Robin. “I swat him … now there’s blood all over my hands because I got the fucker. Two of my fingers are covered in blood and you know me with germs … this is like sharing a needle with someone.”