A conversation on Tuesday’s show about the Houston Astros sign-stealing scandal led to a debate between Howard and Jon Hein, with the staffer and sports talk host arguing that former Astros pitcher Mike Fiers should never have revealed that his old team cheated.

“Mike Fiers … was on the team, won the World Series, got his ring, then got traded to another team … and then he did an interview and said, ‘Yeah, we all cheated,’” executive producer Gary Dell’Abate summarized shortly before Jon jumped into the fray and admonished the pitcher.

“High Energy Jon is fired up about [it] … he calls the guy a rat but is he a rat or is he a hero?” Howard wondered.

“You’re with these guys, you’re their teammate, a lot of stuff goes on on the team when you’re there that just isn’t spoken about,” Jon began. “And then two years later out of nowhere he does this interview and he’s like ‘yeah, they were stealing signs and here’s how’ … you don’t do that.” 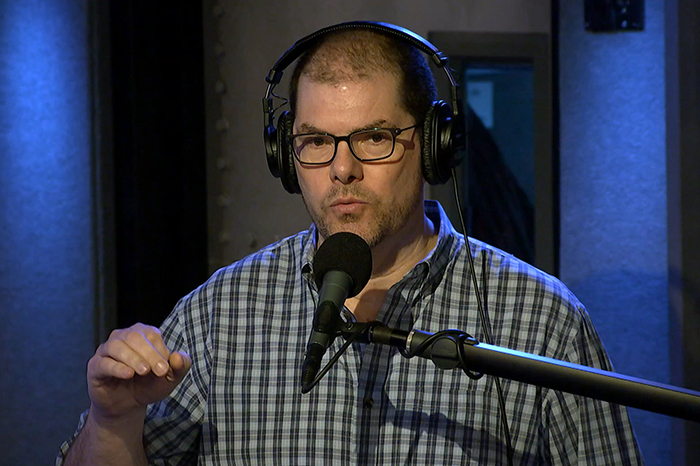 While Howard argued that exposing the cheating is a good thing, Jon had a slightly different take. “I think that signs will always be stolen in Major League Baseball,” Jon said matter-of-factly. “It’s just part of the game. Bottom line is you’ve got unbelievable talent on your team, you have to overcome stuff like this.”

“I think you’re being a little off on this one,” Howard told his staffer. “I think you’re calling this guy a rat; I’m calling him a whistleblower. I think I convinced you but you don’t want to admit it.”

Howard and Jon went back and forth as to the timeliness of Fiers’ admission. “However it is, he wasn’t strong enough to do it at the time,” Howard said.

“And he should’ve been,” Jon responded. “That’s my issue.”

Wack Packer High Pitch Erik called in with his own hot take. “I don’t think Carlos Beltran should manage the Mets because he used to be with the Astros and he’s probably involved in all of this” High Pitch guessed. “My theory is that the Astros should hire me ‘cause I know everything about baseball.”

Check out the spirited debate between Howard and Jon (above).