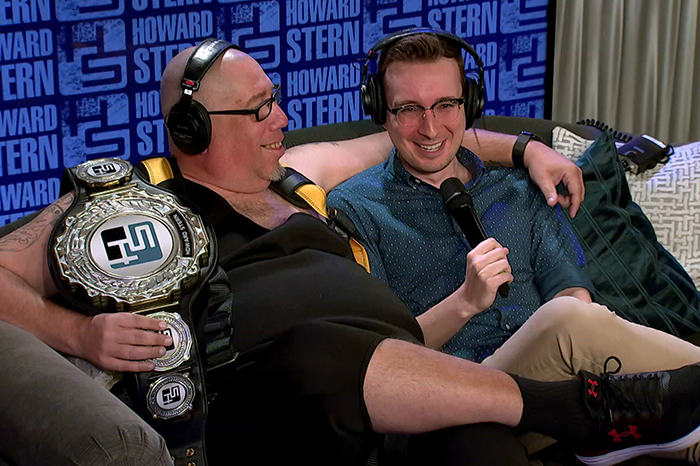 Wack Packer High Pitch Erik’s crush on Stern Show staffer Chris Wilding has reached new heights, co-worker Shuli Egar revealed on Wednesday morning. “The weird part is, they’re not having sex,” Shuli told Howard of the fantasy High Pitch admitted to having. “He wants a projector screen to flash up a picture on his ceiling.”

High Pitch’s salacious dreams extend beyond the bedroom and onto the big stage, as he continues to hope Chris will escort him to “Sesame Street Live” on Valentine’s Day. “I hope that he touches me and I touch him like when we’re sitting down next to each other,” Erik explained.

One potential hurdle in this proposed dalliance is Erik’s retracted penis, something the Wack Packer is eager to come in and put on display. “Chris could pull it out for me,” he offered.

Chris said he would be willing to help Erik out with his show and tell with some parameters. “As long as it’s medical, safe, and sterile I’ll do it,” the Stern Show staffer said of his requirements.

Richard Christy Lays Out the Rules of Eating Roadkill