“I think you’d make an amazing D.E.A. agent,” the actor tells the King of All Media 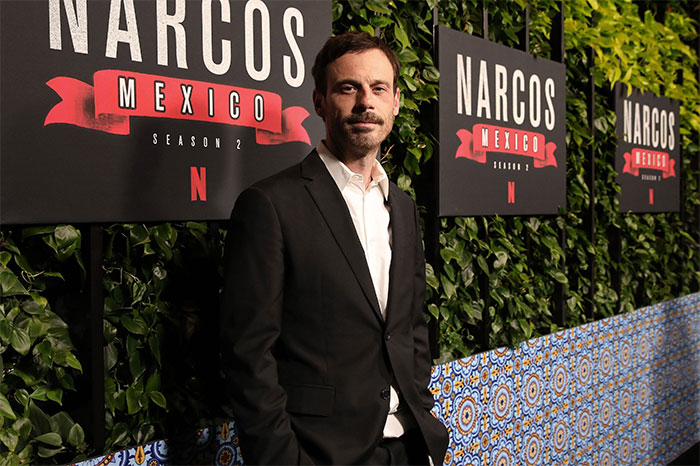 “Narcos: Mexico” star Scoot McNairy called into the Stern Show on Monday for a brief conversation with Howard and Robin from the set of a project he’s working on in Central America.

“I love the show. I’m a big fan,” the actor told Howard, explaining he was motivated to call into the Stern Show after hearing his name mentioned last week on the air.

Howard had plenty of questions for Scoot, wondering first and foremost how he got his atypical first name. “My birth name is John,” the actor told him. “Around kindergarten or something my buddies started calling me Scoot.”

Scoot went on to reveal he is a Dallas native, has two lovely children, and worked as a commercial actor for a decade before finally breaking through into bigger film and TV projects like “Argo,” “True Detective,” and, most recently, “Narcos: Mexico”

For those who haven’t seen Netflix’s critically acclaimed crime-drama, Scoot stars as the show’s narrator and D.E.A. agent Walt Breslin. “You did a great job on ‘Narcos.’ I loved it,” Howard told him, wondering if the role might even earn him an Emmy consideration.

Not only was Howard impressed by Scoot’s skills as an actor, but he also showed appreciation for his guest’s rugged persona. “He seems like a tough guy,” Howard told Robin. “Like, I could never get that part.”