Chris Wilding Puts on His Exploring Hat for ‘Where Is High Pitch Erik’s Penis?’

“You went into the recording studio ... and you terrorized people,” Howard jokes 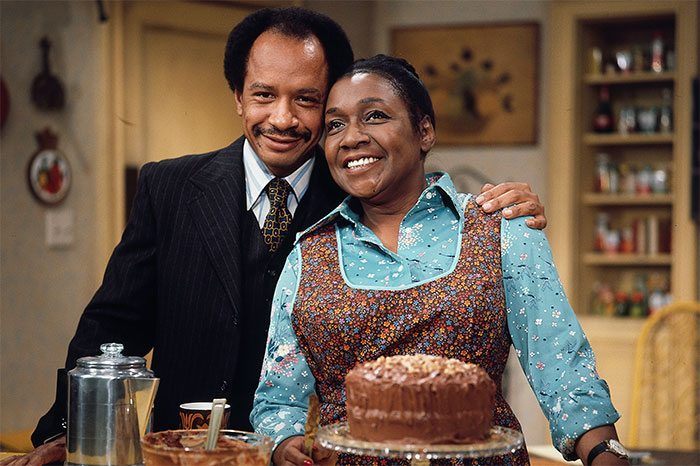 Fans of Robin Ophelia Quivers rejoiced last week when she came out of retirement to resume her singing career, but it seems the Stern Show co-host’s big return has once again resulted in her butting heads with the staffers helping produce and record her music.

“You went into the recording studio to record the original theme song of ‘The Jeffersons’ and you terrorized people,” Howard said Wednesday, adding her decision to record the track “Movin’ On Up” came after their recent on-air discussion about iconic TV theme songs.

Robin was unaware she’d rubbed anyone the wrong way. As Howard explained it, however, it didn’t take long for her to put the fear of god into her longtime music producer Derek as well as staffers Richard Christy and Steve Nowicki who also lent a hand in the recording studio.

“Everyone in the room was scared shitless, scared of you,” Howard told Robin before playing a couple contentious clips from the recording studio.

In one clip, Derek was terrified to tell Robin she had blown one of her lines. In another, Robin quibbled with Richard when he failed to give her a direct answer. “That’s a yes-or-no question, Richard,” she snapped on the tape.

Robin told Howard she was in the right for growing frustrated by Richard’s inability to answer a simple question. “Richard’s eyes were rolling around like they were in a pinball machine,” she said. “He’s got that pink face, and I don’t know what’s happening with those eyes.”

As contentious as the recording process may have been, the result was once again pure radio gold. “All the hard work was worth it,” Howard said. “They emerged with a new powerhouse song from Robin. Hear Robin sing “Movin’ On Up,” the theme from “The Jeffersons” (below).

“Wow. You really belt it out. You’ve got such a powerful sound,” Howard said after hearing the song. “I tell ya, I kind of like it. I mean in a real way.”

As if Robin’s rendition were sensational enough on its own, talented Stern Show superfan David Glantz later did Mrs. Ophelia the honor of cutting her version of “Movin’ On Up” together with the iconic sitcom’s actual title credits featuring the show’s late stars Isabel Sanford and Sherman Hemsley. See the mash-up (above).