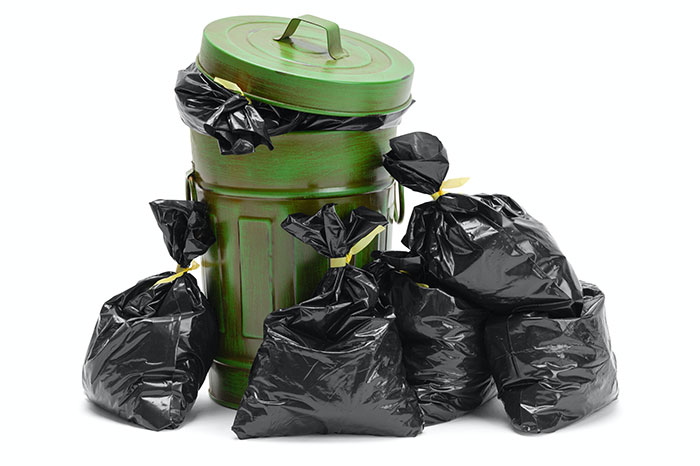 Spring cleaning has come early for Howard this year. On Wednesday, he revealed a team of Stern Show staffers is sorting through his enormous archive of memorabilia and plan to get rid of as much of as possible.

Leading the effort is Jason Kaplan who came into the studio and told Howard about some of the items his team has come across, including damaged copies of Mad magazine, autographed index cards, wrinkled rock posters, signed film scripts, dozens of self-published books, and “a shocking amount of broken items.”

Howard insisted he didn’t want any of it, not even his old entertainment awards. “Do me a favor, be as liberal as you want with this shit,” he told Jason. “Throw it out.”

“No, it’s ridiculous,” Howard replied. “The award says ‘Best Newcomer.’ I was 45 years old when I won that.”

While most of the junk from Howard’s archives will end up in a dumpster, the more valuable items will be auctioned off for North Shore Animal League or possibly given away on the air. Howard also instructed Jason, staffer JD Harmeyer, executive producer Gary Dell’Abate, and longtime caller Ralph Cirella to take anything they wanted.

Robin didn’t make a play for any of Howard’s memorabilia, though she did recall gifting him a nostalgic toy from his youth—which never even made it into storage. “I bought him a Great Garloo in a box and he hated it,” she said.

“Oh my God, that was the worst gift you ever got me,” Howard agreed. “I threw it right out—a filthy, dirty Great Garloo.”

Howard said he watched a commercial for the toy as a kid and begged his parents to buy him one but then grew bored with it almost immediately. As an adult, he had even less use for it. “I’m not eight years old anymore … I’m going to sit and play with Great Garloo now? No, I’ve moved on,” Howard laughed.

As much as Howard loathes receiving memorabilia, he did cop to recently gifting a piece of Stern Show history to his good friend Jimmy Kimmel when he gave the late-night host a bobblehead featuring the likeness of late Wack Packer Riley Martin.

“I said to myself, ‘That’s something Jimmy would like,'” he recalled, adding, ‘By the time it got to Jimmy it was completely broken up.” Kimmel still loved the gift, though, and apparently managed to put it back together.

Chris Wilding Puts on His Exploring Hat for ‘Where Is High Pitch Erik’s Penis?’