“It was the worst music I ever heard,” Howard says with a laugh while listening to the now-famous tune 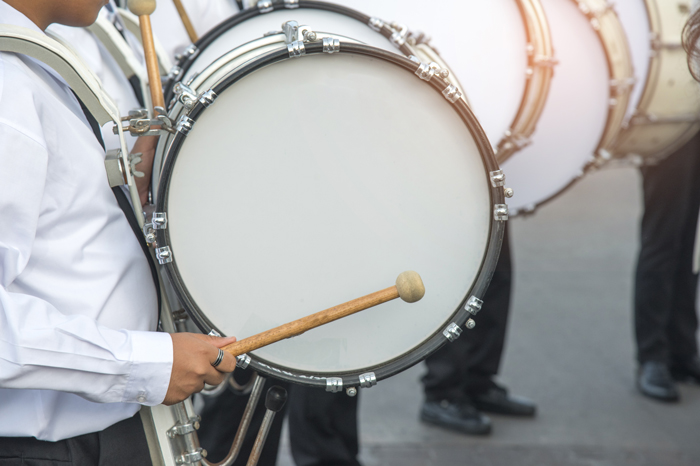 Robin Quivers’ daily news segment has enjoyed a variety of different theme songs over the years. On Wednesday, the Stern Show paid tribute to the 10th anniversary of the latest and perhaps greatest version of Robin’s News theme, recorded while she was on a philanthropic trip to Central America.

“She took a trip to Guatemala in 2010 … as part of a U.N. education program,” Howard explained. “They were encouraging young women to assert the right to a proper education and this was Robin’s charity at the time.”

It was an eventful trip for Robin, who recorded several video blogs while south of the border. “She climbed rocks, she learned about pig farming, she got upset when she saw a Pizza Hut down there—we remember that,” Howard said. “That was a big moment.”

The biggest moment, however, came while Robin tried recording a video blog at a religious parade boasting a live band. “The band started playing and completely drowned her out,” Howard laughed. “It was like Robin was at the Academy Awards and got played off.”

“It was the worst music I ever heard,” he continued before playing the original clip from 2010. “As soon as I played that clip on the air I knew it was going to be her new theme song. I told her immediately.”

The trip down memory lane led Howard to look back at some of Robin’s previous news themes, including a few instrumental tunes and one recorded by a group of slow adults. Her very first theme, though, was based on a CD of stock music that Stern Show’s sound effects extraordinaire Fred Norris discovered back in the 1990s.

The show eventually held a contest to see who could come up with the best words to the tune and the winner was none other than Ham Hands Bill, one of the founding fathers of Stern Show parodies. He created a disturbing song for Robin from the point of view of Robin’s abusive father.

“This was the sickest thing we ever heard,” Robin said on Wednesday.

Not only did Ham Hands Bill’s stunning victory help make him a Stern Show staple, it also allowed him to take home a nice prize. “I think he won a jet ski,” Fred said.

“Little did we know he was in a wheelchair,” Howard added.