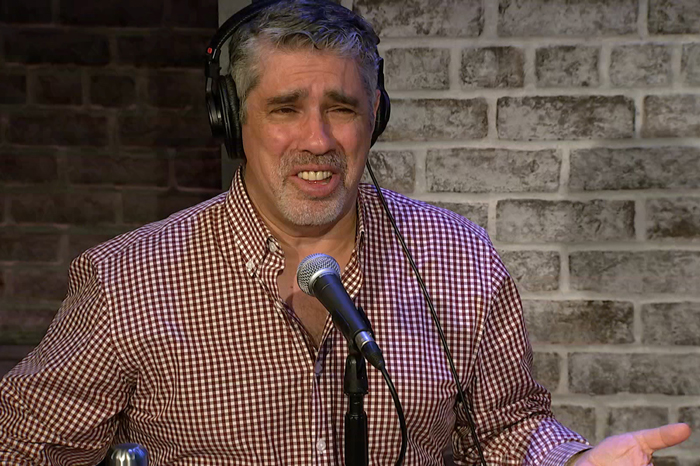 Howard’s concerns about the coronavirus only got worse on Wednesday with news of another New Yorker testing positive for the virus. Turns out, that person also has a connection to the Stern Show’s executive producer.

“Gary Dell’Abate rides on the same train as the guy who tested positive for the coronavirus,” Howard informed his listeners.

Robin was worried by the development, perhaps in large part because even before coronavirus was on anyone’s radar a Stern Show investigation had determined Gary was the back office’s germiest staffer.

“Have we sprayed down and scrubbed Gary?” she asked.

Gary said he wasn’t opposed to getting tested, but he took issue with how the facts were presented. “It’s not the same train, it’s the same line. There’s a hundred trains a day, and I take the train once a week,” he said. “Other [staffers] take the same line. Are they gonna be tested as well?”

But Howard didn’t let up. “Someone stick a Q-tip up his nose,” he said, adding, “Gary is always patient zero.”

“You didn’t find fecal matter on my fingers,” Gary countered, referring to what the Germiest Staffer test results revealed about his colleague Richard Christy.

“No, but you had a deadly bacteria on your desk,” Howard reminded him.