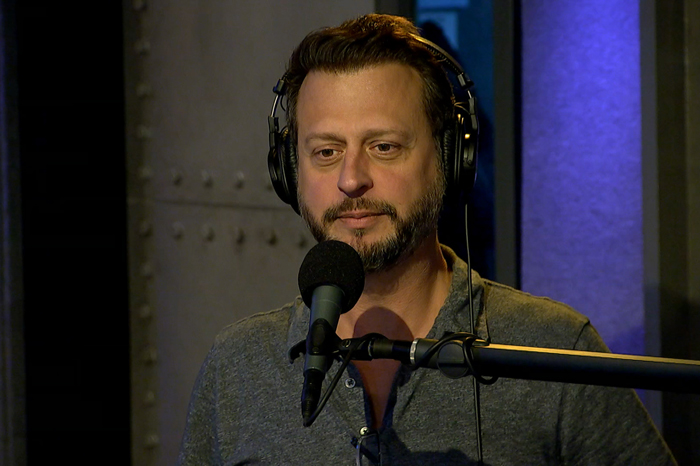 Sal Governale shared a sobering update on Monday’s show regarding the health of his family: the staffer’s parents had both been rushed to the hospital recently after contracting coronavirus.

“Thirteen days ago my mom passed out in the middle of the kitchen, and my sister rushed over there, and my father was totally disoriented because his oxygen was so low he didn’t even know his name. So, they rushed them to the hospital—my dad had pneumonia, my mother had a 104 fever,” Sal told Howard and his listeners. “It was very, very, very, very scary.”

As sick as his parents have been, neither Sal nor his siblings were allowed to visit the elder Governales in the hospital. He said there are even police officers posted-up outside preventing unauthorized visitors from passing through.

Thankfully, both parents’ conditions have improved in recent days. “My mom actually just got home yesterday after being in the hospital for 10 days,” Sal said. “She hasn’t had a fever for the past 72 hours and they say that’s usually the sign—once you get past 72 hours without any symptoms than you’re pretty much recovered for corona, according to the nurses.”

While Sal said his father has also beaten his fever, the 77-year-old is still recovering in the hospital. Amazingly, he hasn’t yet been notified he’s contracted coronavirus. Sal and the doctors don’t want to alarm him, so for the time being they’re telling him he’s just battling pneumonia. “He’s watching all the news in Italy and he’s crying to me saying that if we get corona we’re all gonna die. Meanwhile, he has it,” Sal explained. “We can’t tell him because we’re afraid it’s gonna affect him so much that he might have a heart attack.”

Howard was relieved it looks like both of Sal’s parents will recover, especially considering people at their age are more likely to succumb to the deadly virus. “People do survive, Howard,” co-host Robin Quivers told him. “Not every older person will die.”

Nevertheless, Sal cautioned anyone against taking COVID-19 too lightly. “It got to a point, Howard, where I called my mother on the phone and the nurse had to hold the phone to her ear and I thought she was going to die. It was so scary,” he said, explaining neither parent was physically able to speak for the first few days they spent in the hospital. “It’s horrible. It really is a horrible disease. Take it from me. I witnessed it firsthand.”

“I’m glad your parents are doing better,” Howard said before wondering how Sal could possibly handle sharing updates with everyone in the robust Governale family—which grows a bit larger each time the staffer discovers he has a new sibling.

“I don’t have the time to get in touch with all of them,” Sal admitted with a laugh. “It’s funny, though, because our group text is like 17 people, and half of them are my dad’s illegitimate kids.”