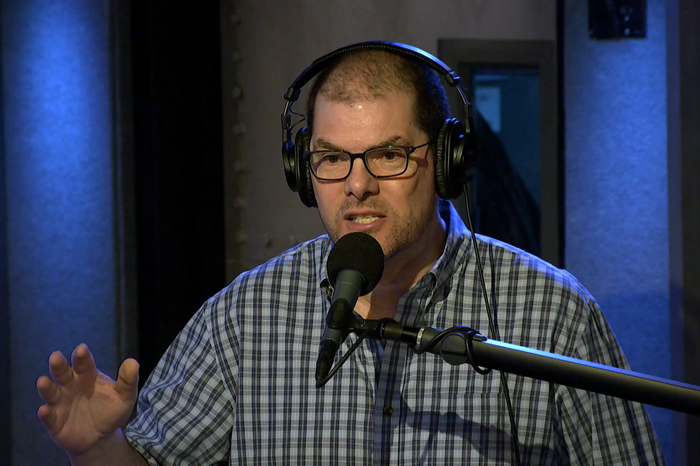 The Stern Show has once again taken inspiration from Swap Shop in a new phony phone call that debuted Tuesday, featuring excerpts from staffer Jon Hein’s audiobook, “Jump the Shark.”

“We had to spring into action real quick on this because the Swap Shop radio show was doing a whole theme of, like, what are people binge-watching?” Howard explained.

“When did ‘The Dukes of Hazard’ jump the shark?” a clip from Jon Hein’s audiobook asked the host before quoting lyrics from the show’s iconic theme song. “Just some good old boys never meaning no harm.”

Though the host appreciated that call, he was less patient when Jon’s audiobook dialed in again quoting from “Gilligan’s Island.”

“Stop, stop stop, just stop,” the host pleaded before hanging up. “Actually, we are going to shut down those phone lines so no more phone calls.”

VIDEO: Amy Schumer Talks Pregnancy Complications, Bombing on Stage, and Why She Changed Her Son’s Name After He Was Born

Memet Walker Has a Major Rat Infestation Problem in His Apartment