“I’m done … I’ve got my own happy hour,” Howard’s head of security threatens

Is the party over?

When Ronnie “the Limo Diver” Mund’s behavior at the weekly Stern Show staff virtual happy hours came into question on Monday, Howard’s head of security threatened to end his attendance all together. “They call it now the Ronnie Happy Hour,” Howard explained of notes he received from staffers including JD Harmeyer, Steve Nowicki, and Chris Wilding.

“Fuck ‘em, I won’t be there,” an angry Ronnie replied to what he considered to be criticism. “I don’t need their shit.”

“You talk to everyone and when someone doesn’t talk, like, Ronnie will yell at them for not talking,” JD elaborated before adding praise. “I like him running it.”

Staffer Chris Wilding doubled down on his colleague’s observations. “I’m like JD, I love it, I think it’s great, but … it’s the Ronnie hour,” he explained. “Ronnie is the star of the show and if anybody tries to steal Ronnie’s thunder, they get thrown completely under the Ronnie hurricane.”

“You don’t have to worry about it big shot, you can run the fucking happy hour,” Ronnie said. “I’m done. I’m not there. I’ve got my own happy hour.” 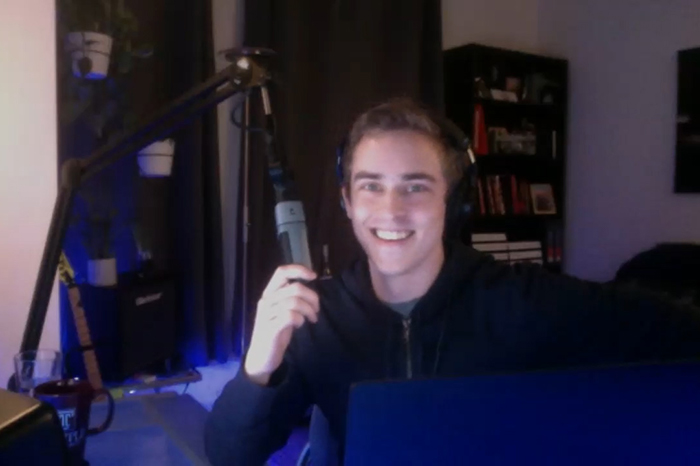 What really set Ronnie over the edge, however, was the accusation that he was inappropriate to the girlfriend of staffer Steve Nowicki. “The other week, my girlfriend had a very nice, like, low-cut top,” Steve began. “Ronnie, he had his face all the way up to the camera and he was going, ‘I just came all over my fuckin’ keyboard’.”

“Ronnie goes like into a perv coma,” Chris theorized. “I don’t think he remembers what he says.”

As Ronnie continued to firmly reject the idea of attending any further happy hours, Howard and members of the staff attempted to defuse the situation. “It sounds to me like you’re the life of the party,” Howard encouraged. “You’re bringing the party … I feel they’re going to suffer, these parties, without you.”

“Nobody brings what you bring to a party,” Chris agreed. “We need you at Zoom happy hour. Without you, we’d be rudderless.”

“I’d like to make a formal apology, I didn’t mean to upset Ronnie,” Steve added. “I thought this was all fun, you bring a lot of joy to the happy hour and I love being there with you … I hope I haven’t driven you away with my stories.”

During the conversation, it came to light that Ronnie hasn’t limited his party-going to just Zoom and has in fact attended two parties during the COVID-19 quarantine. “I’m worried about you,” a shocked Howard revealed. “I know you’re going crazy in quarantine and so is everybody but dude, you’re putting yourself at risk.”

Ronnie, for his part, didn’t seem too concerned. “The first party was my neighbor Frank’s,” Ronnie explained. “It was the four of us, we were sitting in the backyard way apart.”

“You don’t know where the fuck your neighbor’s been,” Howard tried to explain in frustration.

The second soiree was for Ronnie’s fiancée Stephanie’s birthday, which required him to pick up a cake at a bakery. “Nobody was there,” Ronnie defended.

“The people at the bakery were there,” Robin broke down. “He doesn’t get it. Corona doesn’t count people and then say I’m going to get one of these people.”

Stephanie’s bash included four guests and lasted seven hours. Despite Ronnie’s assurance that they remained in his yard the entire time, Robin wasn’t impressed. “The backyard isn’t corona-free,” she remarked before the subject was dropped.