“I say it every single time I talk to her, I ask her to turn it down,” Stern Show staffer explains to Howard 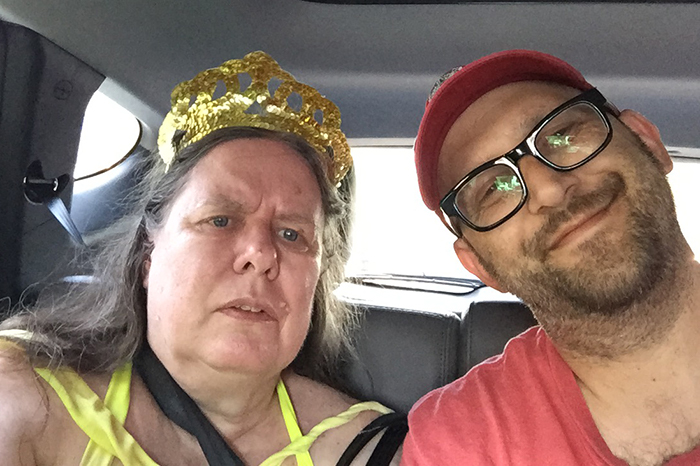 When Shuli Egar called Suzanne “Underdog” Muldowney recently for a check-in, he was forced to compete with a frequent foe: her television. “I say it every single time I talk to her, I ask her to turn it down,” the Stern Show staffer explained to Howard on Wednesday. “Sometimes she’ll get up … and then there’s other times where she’ll just go, ‘Um, um, no’ and that’s it and you just have to sit through ‘Wheel of Fortune’.”

Over the blaring sounds of the late 1950s show “Dennis the Menace,” Suzanne addressed her use of personal protective gloves in the midst of the COVID-19 crisis. “I have some in my pocket but I don’t put them on unless I’m going to go inside somewhere or interact with someone,” she described. “I’ve been seeing TV commercials that say that sanitizers are good but using them too often can dry out the skin.”

“What fuckin’ TV does she have?” Howard joked at Underdog’s penchant for decades-old programming.

“Her TV’s in ‘The Twilight Zone’,” Robin marveled.

Shuli, for his part, seemed to take it all in stride. “It’s always fun when I call her to try and guess what she’s watching just by what I’m hearing,” he said. “It’s usually game shows but lately she’s been on a big ‘Dennis the Menace’ kick.”

Hear more of Shuli’s interview with Underdog (below).