“I’m not going to say what was said or how it came out, but you made me live,” the Stern Show’s longtime co-host tells Howard 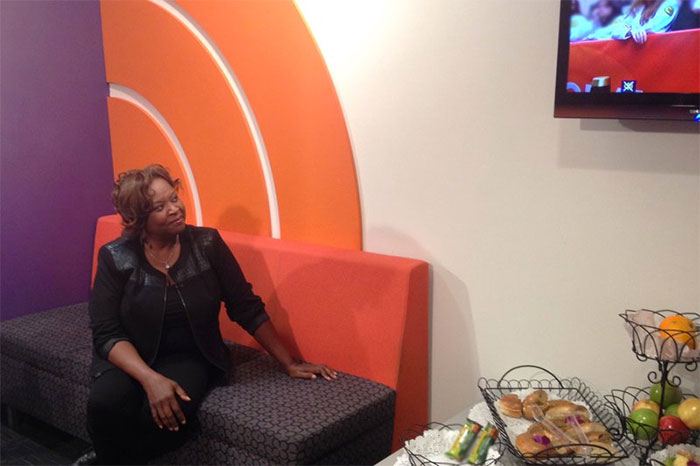 Robin Quivers at the “Today” show in 2013 Photo: The Howard Stern Show

Howard and Robin Quivers spoke candidly Tuesday morning about sickness, health, resilience, and everything in between. The Stern Show co-host told Howard she’s managed to stay positive during quarantine in part because of what she went through during her remarkable battle with endometrial cancer in 2013.

“I was in here sick all the time and now I’m here working from home and I feel great,” Robin told Howard. “I don’t want to spend one second feeling bad. I don’t want to be sick at all if I don’t have to be.”

Howard said her health had actually been on his mind lately following a conversation he had with his mother Ray in which she inquired about Robin’s well-being. “Do you consider yourself to have beaten cancer?” he asked his co-host.

“Yeah,” Robin said. “The other day when I was talking to Dr. Agus he said, ‘Look at you, eight years and you’re still kicking butt.'” 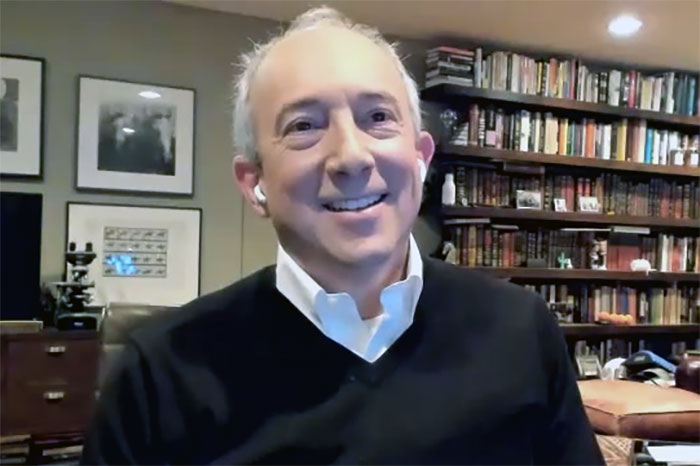 Dr. David Agus live on the Stern Show from his home earlier this year Photo: The Howard Stern Show

Though Dr. David Agus has always been optimistic about Robin’s prognosis, she revealed many of the other specialists she saw a few years back seemed far less optimistic. “The most chilling statement was ‘We’re going to try to keep you alive.’ Oh, that shook me,” Robin recalled. “‘What? I just went through 12-hour surgery and you’re just going to try to keep me alive?’ I thought I was done with that.”

While Robin of course ultimately persevered, the chemotherapy and treatment she underwent to help her battle the cancer temporarily took a terrible toll on her body, mind, and soul. “I said, ‘If this is what life is going to be like I don’t need it, it’s terrible,'” she told Howard on Tuesday.

Howard shared some of his own memories from that difficult time in his co-host’s life when it required a Herculean physical effort just for her to make it into work. “There were days you’d walk into the Sirius studios and someone would tell me Robin fell down, this and that, and I’d be like, ‘What the fuck?'” he recalled.

Howard was amazed she found the strength to keep coming in while her body fought off the disease. “I’d be like, ‘Listen Robin, I’m not doing the show for the next year,'” he said. “I mean, I am a fucking baby and you’re like this crazy dynamo. I said to my mother, ‘Robin has the strength of 50 human beings.'”

At one point, Howard pointed out a life-threatening cancer diagnosis was only one of several difficult hurdles Robin was forced to overcome in her life. She’s also endured an abusive father and several other trials and tribulations chronicled in her autobiography “Quivers: A Life.”

As Howard, Stern Show executive producer Gary Dell’Abate, and even Robin herself admitted, however, her complicated past occasionally resulted in turbulent workplace behavior. “There were days in which this anger would manifest itself and it came from out of nowhere,” Gary said, recalling one time when she stood in the K-Rock lobby screaming about a lost umbrella and another when she swung around a coffee pot while complaining about it being empty.

“That was the rage, Howard. That was the rage,” Robin said, explaining she hadn’t yet acquired the tools she needed to navigate every stressful situation life might throw at her. “It was the combination of not having any appropriate skills to deal with accidents, mishaps, [and] the general things of life.”

Robin walked quite a few different roads before finding the one that eventually took her where she needed to be. She told Howard she even at one point reached back out to her father. “I called him up and I said, ‘I want an apology,’ and he gave me the most eloquent apology,” Robin said. “I was like in shock because I didn’t realize how much he understood what he had done to me. And then he said, ‘Is that enough?’ and I said, ‘I don’t know. We’ll have to see,’ and I hung up the phone and it was not enough.”

“The greatest apology you could possibly get means nothing because you still suffered all those years,” she continued.

“I always knew if I could get out, I’d be great,” Robin then said. “And all I did was work to get out of the mess that I’m in. Once I got out, I was like, ‘Oh, now I’m free,’ and I sometime hear myself saying to people in a childhood mess, ‘This is not your life. Your life is when you get out of here.'”

Howard once again marveled at his longtime co-host’s spectacular resilience. He also going so suggested her awful childhood experiences may have toughened her up for her eventual life-or-death cancer battle. “I’ve never seen anybody with the kind of fortitude you have and I wonder if that comes from having to put up with all that shit,” he suggested.

“Yeah, that’s how I became,” she said. “I became ‘Nothing can hurt me. Nothing can defeat me. I get over it all.”

But Robin didn’t start out with that mindset. She told listeners she recalled a particularly painful heart-to-heart with Howard shortly after getting diagnosed: “You know that was like the worst day of my life? That day, when we were having that conversation. I was like, ‘Just let me go.'”

“I’m not going to say what was said or how it came out, but you made me live,” Robin told Howard while fighting through laughter and tears. “I was so pissed at you because I was like, ‘God dammit, how did he get into my life? I’m supposed to be the most independent human being on earth and not care what anybody thinks and now he’s making me change my mind and I can’t even stop it.'”

“I realized how much you meant to me,” she continued.

“You were being very selfish,” Howard joked. “You were facing death and you weren’t thinking about me and leaving me alone.”

In all seriousness, Howard revealed he took the news of her cancer quite hard. “I remember my shrink saying to me, ‘You’ve gotta prepare yourself that everything might not be fine,'” he said. “I couldn’t accept it. I thought, ‘No, I know if I do enough O.C.D. rituals, if I bang on a table enough and knock on wood and stuff, I’ll protect her. She will not die.'”

While Robin wouldn’t go so far as to say his rituals did the trick, she credited him with helping her survive in other ways. “You did keep me alive because you were the fuel. You said it was impossible for that to happen. You couldn’t handle it happening and so I said ‘Dammit, I can’t do it. I gotta stay.'”

“Who knew my selfishness would cure Robin?” Howard laughed.

“It worked out for me,” she laughed. “It was like I couldn’t stand your pain, you rascal, you devil.”

Robin said Dr. Agus also helped her beat the odds. “He was great,” she said, later adding, “He said, ‘Look, you’ve gotta stop acting like a sick person.’ I was like, ‘You know he’s absolutely right. I’ve got to act like I’m fine.'”

In Howard’s mind, though, it was Robin who deserved all the credit. “I don’t think there’s a braver example than how you faced it,” he concluded. “You just said, ‘Fuck you, cancer,’ and ‘I’m not going to let you get me down,’ and you never gave up the faith.”