“It’s like a nice, calmer side of him,” fiancée Stephanie assures during impromptu appearance 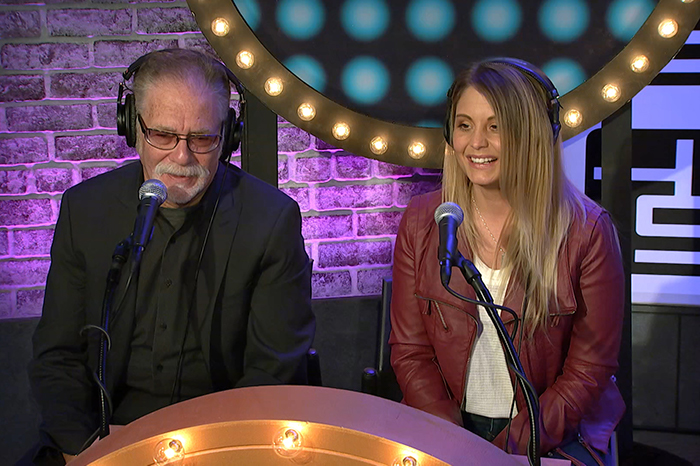 Ronnie “the Limo Driver” Mund has been a bit more subdued lately, leading Howard to worry the Stern Show staffer might be depressed. “Ronnie loves pussy and NASCAR,” he said Wednesday morning. “And now his girlfriend is gone all day ’cause she has to work … and there’s no NASCAR.”

While Ronnie corrected that there are crowd-less NASCAR races as COVID-19-related restrictions ease around the country, he did admit to disappointment over the delay of his plans to find a house and settle in Las Vegas with fiancée Stephanie. “Time is tickin’ man and the clock is goin’, unfortunately,” Howard’s longtime driver said. “We were supposed to go April 15 and that all got thrown out the window. That never happened.”

“He would’ve probably been the mayor of Vegas by now,” co-host Robin Quivers guessed.

Ronnie went on to say now that he’s not driving Howard to work he’s not that at all interested in getting behind the wheel. “What am I gonna do, go drive around the block in my car?” he pondered. “It doesn’t make sense.”

“That’s how I know you’re depressed,” Howard said with concern. “You love driving.”

Perhaps even more shocking to Howard was hearing how Ronnie has been seeking advice from Stern Show staffer Sal Governale on how to cope during these difficult times. “I’ve gotta tell you man, Sal has been my hero through that part,” he noted. “He’s been great, he’s been awesome – that’s all I can say.”

Before rushing off to work, Stephanie jumped on camera and reassured Howard that Ronnie is doing just fine. “He’s busier in the house than I’ve ever seen him,” she said with her arms around her 70-year-old significant other. “He’s moving around, he’s cooking, he’s cleaning, I honestly can’t complain about that at all. I’m enjoying it.”

Stephanie went on to praise the quality time they’ve been spending at home as opposed to at the nightclubs they’ve been known to visit in the past. “We’re having nice talks at home together and everything,” she explained to Howard. “It’s like a nice, calmer side of him.”