“They had to literally pop it in from that area and, Jiminy Cricket, that was the most painful experience,” Wack Packer tells Howard 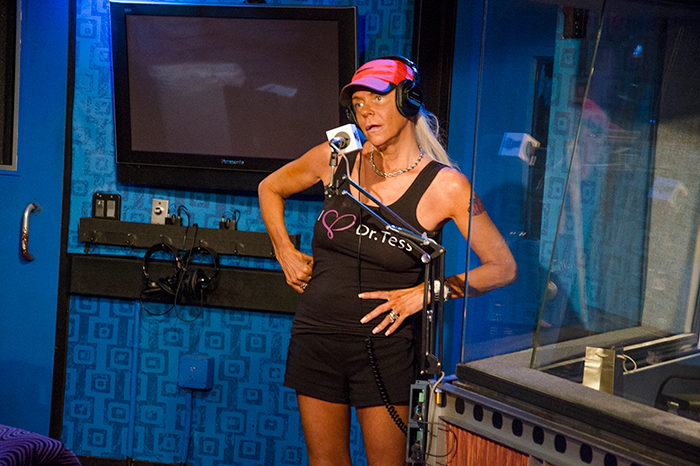 Tan Mom in the Stern Show studio in 2014 Photo: The Howard Stern Show

Patricia “Tan Mom” Krentcil – who overcame a scary battle with pneumonia in 2019 – spoke with Howard Tuesday morning about her ongoing hip issues. “I’m trying to like keep totally upbeat but yeah, I had another full hip surgery,” she said after revealing she’d been admitted into the hospital four times in the last month. “It’s so painful … I’m just walking with the walker right now, like that’s it, for a little bit. I mean I’m an outgoing person, I can’t just sit still.”

Stern Show staffer Memet Walker, who checks in with the Wack Packer about once a week, revealed the unusual level of intimacy of her injury. “She was just sitting in the passenger seat of a car with her friend and all of a sudden her hip popped out of place and it popped like into her private area,” he recalled Tan Mom saying. “Like her hip bone slid out and like pushed against her, you know, vagina.”

“They had to literally pop it in from that area and, Jiminy Cricket, that was the most painful experience, worse than anything I’ve ever felt,” she confirmed. “Worse than the coma.”

Despite her struggles Patricia, who will be in recovery for up to 12 weeks, remains positive. “It’s very painful, but I try, like I said, just to be happy and keep going,” she said optimistically.

In related news Tan Mom, who hosted a benefit concert with partner Adam Barta back in April, will be doing another special – this time on, what else, tanning. “It’s really going to be awesome,” she promised. “People don’t understand that if you have pale skin, you have to go into a tanning booth first before you go out in the sun … you want a nice, even glow, not that orange shit.”

Hip injuries aside, Patricia even went on to admit that when she goes tanning, all of her goes tanning. “Of course I do,” she responded when asked if she tans in the nude. “And no, I’m not dried up like a prune … I’m good.”