“I made a mistake and the worst thing I can do right now is to not learn from it,” the young caller tells Howard 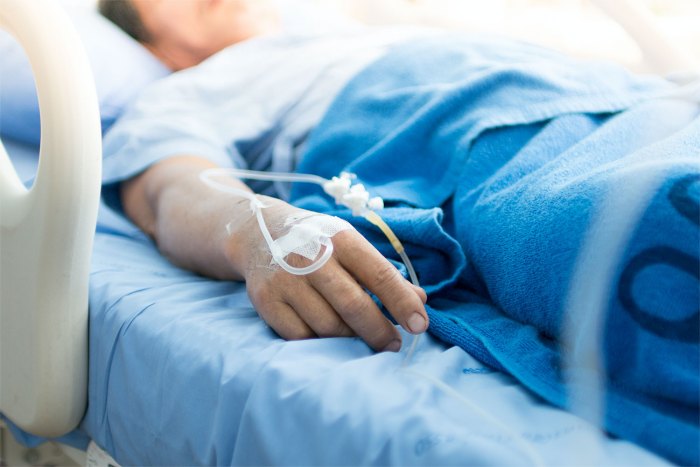 A young man named Nick called into the Stern Show on Monday and shared a cautionary tale with listeners about how his failure to take basic coronavirus precautions in public resulted in him infecting his entire family with COVID-19. The 21-year-old South Florida resident told Howard he attended a party with his friends, took off his mask, unwittingly contracted coronavirus, and later spread it to his younger sibling, stepmom, and 42-year-old diabetic father.

“Being young, I think it’s very easy to get into this very egotistic mindset to where it can be a lot easier to overlook the health of people that might have these underlying conditions or people whose immune systems cannot respond to the virus as well as the younger generation can,” Nick told Howard.

The entire family came down with COVID-19, but his father John was hit hardest. “One moment he had just a fever and chills and the next we were rushing him to the hospital. He couldn’t even breathe,” Nick said.

John was intubated at the hospital and fell into a weeks’ long coma. At one point, doctors weren’t sure he would survive. Thankfully, he’s awake now and doing much better, though he faces a difficult recovery.

Nick felt guilty about what he did to his family and hoped the world might learn a lesson from his blunder. “This entire time I’ve been feeling so much remorse and regret. Every part of me wishes I could just go back and do everything that I wish I didn’t do,” he said. “However, I acknowledge that I made a mistake and the worst thing I can do right now is to not learn from it.”

“I admire you calling in,” Howard told him. “You’re really calling up as a caution to others.”

Nick’s dad and stepmom phoned in on Monday, too, and shared their side of the story.

“I was on a ventilator for 20 days, but I’m alive. That’s all I can say right now: I’m alive,” Nick’s father told Howard. “Most of my body doesn’t work. The only mobility I have is in my left hand. My right hand is completely numb. My whole arm, my legs don’t work. I’ve lost all of my muscle mass because I’ve been laying down now for over a month I’ve been in the hospital.”

The hospital won’t release John until he tests negative for COVID-19 and even then there’s a hard road ahead. “I have to go to a rehab center and live there for probably a month or two, so they can get me walking and functional again,” he said.

“John, are you upset at your son?” Howard asked.

“I’m not mad at him,” he responded. “The first thing I texted him when I woke up was ‘Nicholas, I love you.’ That’s it. That’s all we talked about.”

Still, John hoped his son learned a lesson. “If you have to go out, wear the mask, keep your distance, don’t let your guard down,” he said. “You have to be super, super careful because you don’t want your family member in the ICU, on a ventilator, fighting for his life.”

His father has forgiven him, but Nick isn’t quite off the hook. “He’s been grounded for the past month, don’t worry. I keep a very close eye on him,” Nick’s stepmom Michelle told Howard, adding, “He’s manned up, he’s definitely taken ownership of what he’s done, and he realized that he made a mistake.”

Nick’s stepmom also opened up about how difficult it was to allow doctors to put him on a ventilator and how much money the whole ordeal might cost her family in the end. “Our bill is going to be close to a million dollars,” she said.

Still, John felt fortunate just to be alive. “My birthday was yesterday, so today’s the first day of my life again,” he told Howard.

Before signing off, he also expressed gratitude to healthcare workers, first responders, and everyone else “working their assess off right now” to help COVID patients. “Their job right now is so difficult, you just wouldn’t understand it unless you saw it firsthand,” he said. “So, I really want to thank all the healthcare professionals and especially the ones at Westside Medical Center that saved my life.”

“Everybody wear the damned masks, please, even if not for yourself but for your community and especially your friends and family. That’s it. Wear your masks,” he said. “The faster we all work together, the faster we can get back to normal.”