AUDIO: Sour Shoes Calls the Stern Show From His Pool

AUDIO: Sour Shoes Calls the Stern Show From His Pool 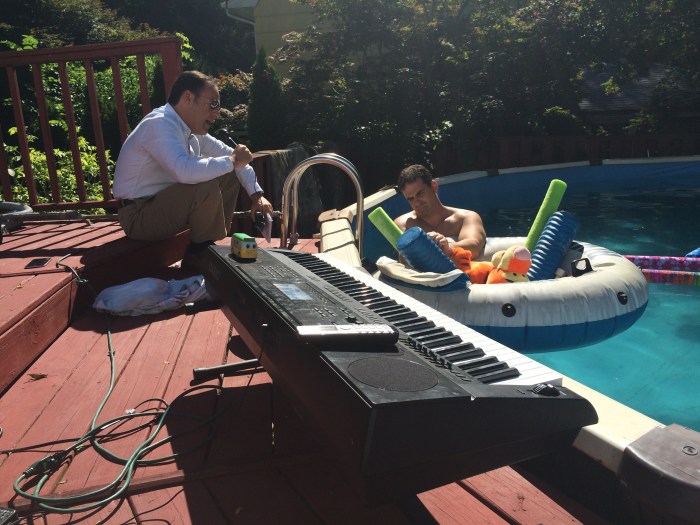 Wack Packer and impressions wiz Sour Shoes called Howard from his pool Wednesday to catch up on what he’s been doing since quarantine began in March, and of course display some of his masterful voices. “Everything’s fine because it’s drive-thru,” Sour answered when asked if he felt safe at his fast restaurant job, which keeps him busy three times a week. “I do F.P.C. … fries, pies, and chicken nuggets. So, they put us in all different stations and they separate us.”

In addition to receiving a sizable raise that helps him contribute money to his parents for rent, groceries, and pool maintenance, Sour – who has taken to working in a clown mask during the pandemic – was also recently given a promotion. “I’m making biscuits now,” he explained. “It’s a little bit harder but you go into a secluded area and you get to make them for two hours … remember, a lot of the sandwiches call for biscuits.”

“It sounds like they’re giving you a lot of responsibility,” Howard noted. “You’re so fucking entertaining … I know you’re happy at the fast food restaurant but just remind people how many times I’ve tried to give you a job here.”

“A bunch of times,” he admitted. “I just think that maybe you like it every once in a while, you don’t want it every day.”

Despite Sour’s doubts, he met Howard’s praises with his stellar impressions of Stern Show executive producer Gary Dell’Abate as well as Jackie “the Jokeman” Martling.

“I thought it had to do with beer,” Sour as Jackie said of the coronavirus between laughs. “I saw a lot of cases.”

Check out more of Sour Shoes as Jackie (below).

Seth Rogen Talks ‘Pineapple Express 2,’ Script Doctoring, and Why He Was Scared to Do an Accent in ‘American Pickle’