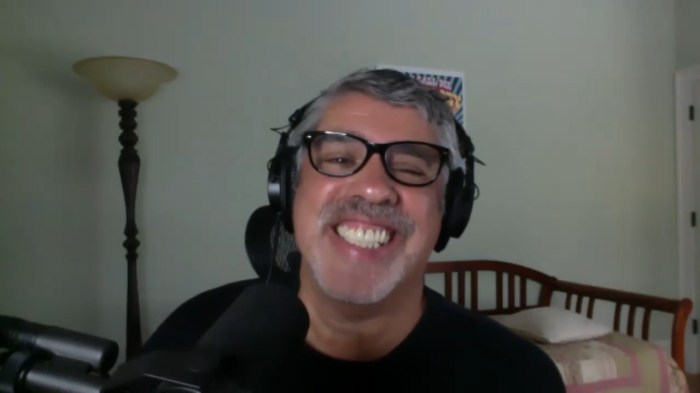 After revealing in July his nervousness over undergoing knee replacement surgery, Stern Show executive producer Gary Dell’Abate reported on Monday that the operation was a success. “It’s the happiest I’ve been in a year,” he admitted to Howard. “I’ve been dealing with, like, insane pain for a year and almost the next day when I got up, I felt okay. They say you’re supposed to have a lot of pain after the surgery but I’ve been doing great.”

Gary – who has graduated from using a walker to a cane – provided some details on the recovery process. “I feel really good but they said, you know, don’t push it because the first two weeks are super important,” he told Howard. “I have to ice like almost every other hour for 20 minutes and I’m supposed to sit with my leg elevated for an hour three times a day.”

From an email from Howard to a bottle of scotch from the office “shusher,” Gary was moved by the well-wishes he received from fellow staffers. “Robin reached out to me several times – once before and a couple of times after. Fred texted me almost every day like before and after. Ronnie called me a couple of times,” he recalled. “People were very nice.”

Gary wasn’t the only Dell’Abate to check in on Monday, as son Lucas discussed with Howard his plans for going back to college in the midst of the coronavirus pandemic. “We don’t think it will last longer than a carton of milk,” he predicted of on-campus learning, adding he expects he and his classmates will soon be taking their classes online despite living on or near campus.

“Stay home, take your class online,” Howard advised. “Why risk your life? You can put up with your dad.” 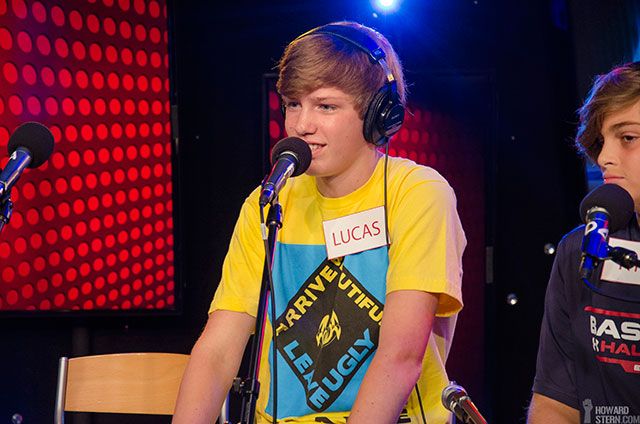 On the topic of family, Lucas had nothing but praise for his. “Him, my mom, and Jackson, like they’re just a very easy family to live at home with so definitely a little melancholy about going back,” Lucas said of his parents and older brother. “Over these past few months, I feel like I’ve just gotten closer and closer with my parents. I’ve spent so much time with my mom and dad so it’s just been really nice.”

“I give him credit man, he does his own laundry, he washes all his own stuff, he cooks his own stuff, like he’s pretty self-sufficient.” Gary beamed after Lucas signed off.