Ronnie “the Limo Driver” Mund fell into a funk recently after his pet passed away and social distancing forced him to forego throwing an end-of-summer shindig. At one point, the typically chipper Stern Show staffer became so despondent on social media his colleagues started to worry.

“I actually had to call him to make sure he was alright—and you know I don’t like doing that,” Howard joked on Tuesday morning. “He was upset. His cat died,” he added, explaining Ronnie and his bride-to-be Stephanie were so upset about it they didn’t have sex the entire weekend.

“He’s depressed because he doesn’t have a lot of hobbies and stuff. He’s just sitting around the house cleaning,” Howard continued. “Being home alone is not a good scene for Ronnie.”

“It’s just one thing after another. This whole year has just been shit,” Ronnie agreed, explaining he’s doubly frustrated because the quarantine is keeping him cooped up at home during his golden years. “How much fucking time do I got left?” the 70-year-old said at one point.

Ronnie told Howard he’s been forced to cancel travel plans to Las Vegas, the city where he soon plans to retire, four times. Adding insult to injury, the indefatigable extrovert also recently canceled his annual block party. “It was the perfect weather for it. It was great, and I sat in my backyard and looked at fucking water. By myself,” Ronnie lamented.

Thankfully, “Ronnie’s Mom” called into the show to cheer her son up in spectacular fashion.

“Don’t be sad, Ronnie. Your best days are still ahead of you—inside your balls,” she told her son. “You have a lot to look forward to—in your balls.”

“That’s what I’m trying to do, Mom, but this year doesn’t seem to be working out with that shit,” Ronnie responded. 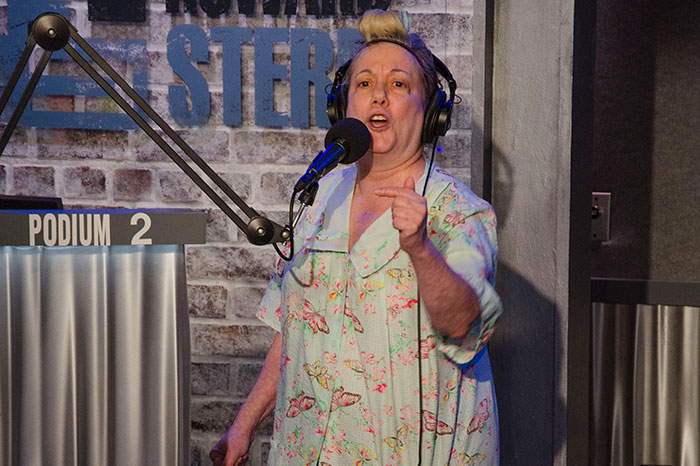 “He didn’t expect his elderly years to look like this,” Howard told “Ronnie’s Mom.”

“You feel time slipping away, Ronnie? You know how to stop time. You shove an hour glass up your ass! I’ve got a whole coo-coo-clock shoved up my cooch,” she continued. “It’s going off right now.”