“It’s disgusting but it’s filled with a lot of nutrients,” he tells a nutritionist of drinking donkey urine 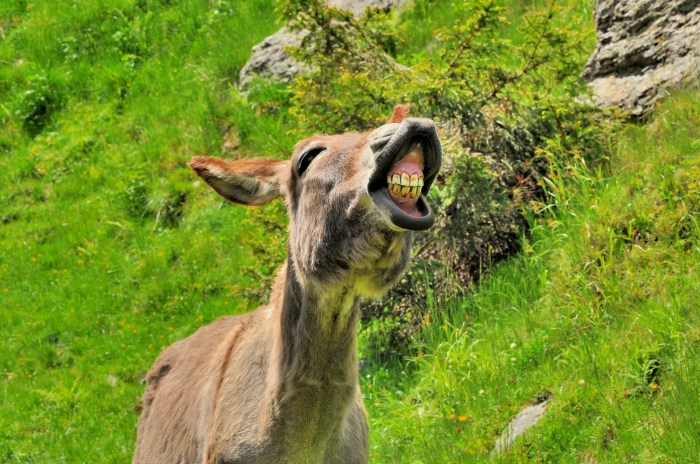 “Jack and Rod,” the fake radio hosts created by Stern Show staffers Sal Governale and Richard Christy, have long tricked unsuspecting guests into coming on the air with them. Their latest hijinks debuted Wednesday morning and enlisted the help of a fake Arnold Schwarzenegger to talk to a nutritionist about the challenges of working out at home during the coronavirus pandemic – only the former California Governor’s many exotic pets kept interrupting the interview.

“It’s really hard to workout sometimes because the environment, you know, at home … all the distractions [are] hard,” Fake Arnold confessed before introducing his noisy donkey and miniature pony. “Get away from there – that’s my protein shake, idiot!”

“Are you actually working out with animals?” the guest asked somewhat surprised.

Fake Arnold complained of getting bit by his horse and even confessed to drinking donkey urine and yet the nutritionist stayed on the line. “It’s disgusting but it’s filled with a lot of nutrients – I’m going to drink some right now,” the phony Arnold announced.

Check out the latest “Jack and Rod” call in the audio (below).

VIDEO: Ronnie Mund and King of All Blacks Spar Over Voting, Vegas, and Fur Coats