“Sir, this is a Cowboys postgame show and you call in here talking about George Takei,” the frustrated host complains 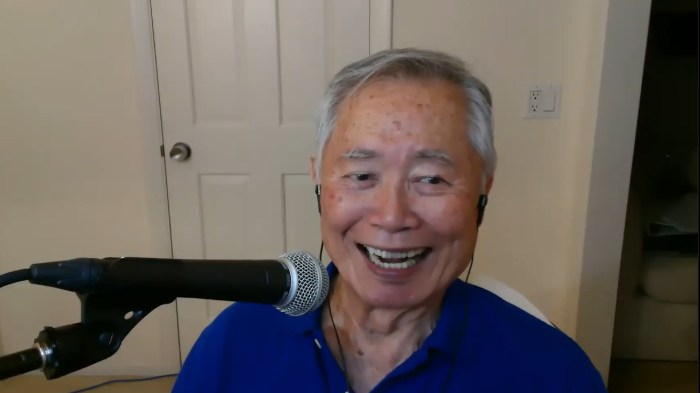 Longtime Stern Show announcer and recent guest George Takei lent his famous voice to a recent phony phone call in which he dialed up a Dallas Cowboys talk radio show. But George had no interest in discussing football with the show’s host – he only wanted to talk about himself and “Star Trek.”

“I wanted you to weigh in on the age-old debate – ‘Star Wars’ or ‘Star Trek?’” George asked during the call.

“I’m gonna give you a curveball, I ain’t watch none of that shit,” the host responded.

While polite at first, the more George brought up himself and the character he played, the less patient the host became. “I don’t even know who George Takei is, bro,” he insisted. “I don’t hate him … is this George Takei?”

“George Takei would never want to hang out with you,” the actor shot back. “Even if George was stuck in the house for six months because of some bullshit virus, he still wouldn’t call you.”

Later on when George insisted that both the show and the host stunk, the announcer lost his cool completely. “Sir, this is a Cowboys postgame show and you call in here talking about George Takei,” he responded before breaking into an all-out shout. “What I want to ask you is, when was the last time you sucked George Takei’s dick? Because for some reason, you’re calling a Cowboys postgame show to talk about George Takei so somehow, someway, his dick was in your mouth or your anus and I want to know when?”