Richard Christy Is Going to Be a Dad … Again!

Howard, Robin, and Actor Michael Rapaport Weigh in on the Best Live Concerts They Ever Saw

Howard, Robin, and Actor Michael Rapaport Weigh in on the Best Live Concerts They Ever Saw

“I just remember being so moved by this concert that it blew my mind,” Howard says of seeing Nine Inch Nails 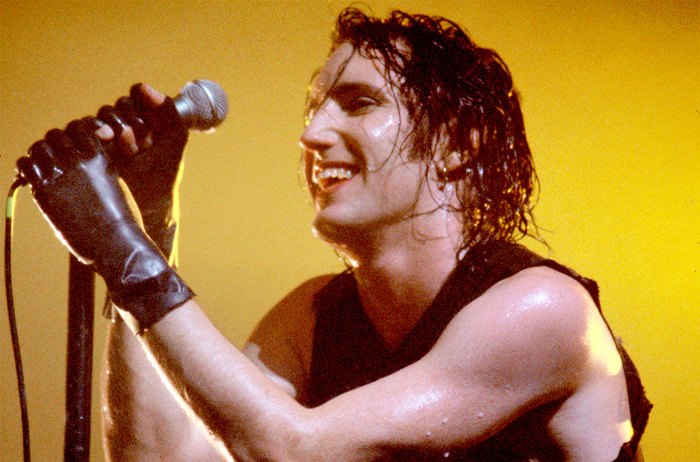 Last week, Howard revealed his picks for the greatest bands of all time. He returned to the subject of rock ‘n’ roll Tuesday morning and told Stern Show listeners about the best live performances he’d ever witnessed, including several concerts he attended while broadcasting from K-ROCK during the height of the grunge era.

“It was great,” Howard said. “I went to see the Stone Temple Pilots. They were amazing. What I loved about them is they had a stage set-up that was so casual they made it look like their living room.”

Other concerts he fondly recalled included Led Zeppelin, Metallica accompanied by a symphony, ZZ Top, Marilyn Manson, Alice Cooper, and the Rolling Stones, which also made his Top 3 bands list. Of course, Howard also made special mention of seeing Beatles legend and repeat Stern Show guest Sir Paul McCartney. “[It’s] the closest I’ll ever get to seeing a Beatles concert, and it was fucking great,” he said.

Choosing an all-time favorite proved difficult, though Howard spoke at length about the time he and his longtime stylist Ralph Cirella caught Trent Reznor’s industrial act Nine Inch Nails. “I just remember being so moved by this concert that it blew my mind. It was just amazing,” Howard said. “The visuals were stunning. The whole stage show was great.”

Picking his least-favorite concert, on the other hand, was far easier. “The worst concert I ever saw … and I hate to say this, was Prince,” Howard said before reminding listeners he’s still a huge fan of the Purple One. “Prince hits the stage and announces ‘the lights, turn off the lights. I don’t want any lights,’” he recalled. “I came to see Prince …. I don’t know if he’s really playing. I don’t know if he’s really here.”

Howard’s co-host Robin Quivers, meanwhile, remembered enjoying Prince immensely. “He was one of the greatest live performances I ever saw. I saw him at Madison Square Garden back when he used to not be afraid of being in the light and it was amazing,” she said.

“Prince probably was the greatest live performer,” Howard agreed. “When you could see him.”

Actor, filmmaker, and trash-talking expert Michael Rapaport called in and offered up his own concert picks: Stevie Wonder at Radio City Music Hall in 1982 (when Rapaport was only 12), the “entire” Wu-Tang Clan at Gramercy Theatre, and the Stones. “I’m not name dropping, but me and my friend Juliette Lewis, we went to see the Rolling Stones in ’98 and that was fucking sick,” he said.

“I saw the Rolling Stones in ’98. It was unbelievable. Mick Jagger was unbelievable. That whole band was charismatic as hell,” Howard agreed. “But please no one else call me with your Top 3 concerts. I do not want to hear it.”