“I know for a fact he’d probably get a kick out of knowing we’d talk about him one last time,” he says of the “I'm a Gay Papa” singer 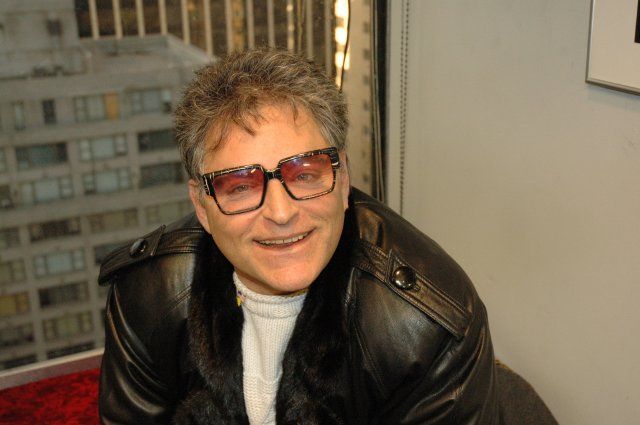 After years of speculation, Howard confirmed Wednesday morning that Mark Harris, the seventh and final husband to Hollywood actress Martha Raye and a frequent Stern Show visitor throughout the 1990s, had died.

“He died in 2018, he was really sick,” executive producer Gary Dell’Abate reported, explaining he got the details through Mark’s childhood friend Barry. “Mark left Barry … some tapes, some memorabilia, and 15 chapters of a memoir that wasn’t finished.”

A controversial figure in the tabloids thanks to his marriage to Raye, Howard detailed Mark’s unlikely rise to fame. “He was a hairdresser, an aspiring producer, and then suddenly he was married to Martha Raye who was one of the most famous actresses of her day,” he recalled. “He got to know all of Martha’s famous friends … he was honest about it.”

A self-proclaimed singer, Mark contributed many stylistically old-fashioned tunes to the show over the years, most famously “I’m a Gay Papa.”

“He was such a character and there were so many elements to his life that we could never figure out,” Howard said of Harris, who had four daughters. “But when he came in about ‘Gay Papa’… I think it was the most revealing song he had ever done.”

With Howard, Gary, and co-host Robin Quivers all sharing memories of Mark, they painted the picture of a complex and entertaining person.

“They don’t them like him very often” Robin said of the former guest.

“I know for a fact he’d probably get a kick out of knowing we’d talk about him one last time so rest in peace Mark Harris,” Howard added. “Thank you for all of the hours and hours of endless entertainment that you gave us on the air, and off.”

VIDEO: Tan Mom Is Trying to Get John Stamos and Ryan Phillippe to Show Up at Her Next ‘Tan Talk’