“He drew a line in the ground and he wasn’t allowed to go past it,” he remembers of socially distanced exchange with recent Stern Show guest 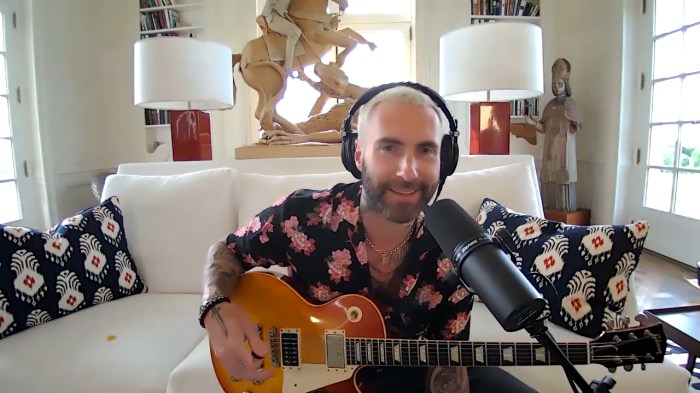 A walk around the neighborhood for Howard recently turned into a socially distanced exchange with Maroon 5 frontman and recent Stern Show guest Adam Levine – one of the only he’s had since quarantine began in March.

“I’m taking a walk and I saw him with his wife,” Howard told co-host Robin Quivers Tuesday morning. “I hear this guy, he’s going, ‘Hey, hey, hey,’ and then my phone rings and it’s Adam.”

While hesitant at first, a compromise with the singer – in town working on the band’s new album – led to a brief hang. “He drew a line in the ground and he wasn’t allowed to go past it,” Howard noted. “We were 22 feet away from each other outdoors.”

From that distance, the two struggled to get into anything of much substance. “He goes, ‘What’s up?’ I’m like, ‘What?’ … What’s up with you?’ And then we just gave up,” Howard recalled of the interaction.

“You can’t really have a great conversation 22 feet away,” an amused Robin observed.