Howard paid heartfelt tribute Wednesday to the life and career of rock icon, guitar virtuoso, and past Stern Show guest Eddie Van Halen, who died Tuesday at the age of 65 after an “arduous battle with cancer.” The show fittingly kicked off with Van Halen’s “Eruption,” an instrumental classic illustrating Eddie’s manic and unparalleled style of shredding.

After hearing about the rocker’s passing, Howard spent hours online listening to Van Halen hits and re-living many of Eddie’s most celebrated live performances. “He certainly is one of my favorite artists of all time,” Howard told listeners. “To me, one of the greatest guitar players who ever lived.”

Howard and co-host Robin Quivers both said they’d admired Eddie’s guitar skills for decades ever since Van Halen—consisting then of Eddie, his brother Alex Van Halen on drums, Michael Anthony on bass, and David Lee Roth on vocals—turned hard rock on its head with a self-titled 1978 album featuring tracks like “Eruption,” “Runnin’ with the Devil,” and “Jamie’s Cryin’.”

“I had never heard guitar playing like that. You knew something superior was happening,” Howard said.

“Every time they put out new music you wanted to hear the guitar,” Robin agreed.

The two fondly recalled seeing Van Halen in concert several times over the years. “I went to see them when [singer] Sammy [Hagar] just joined up … and I remember I just wanted to be Eddie Van Halen,” Howard said, admiring everything from the guitarist’s chops to his looks, attitude, and style. “You couldn’t take your eyes off him,” he said.

“I got to see Van Halen three times,” Robin said, explaining one concert experience came courtesy of late comedian Sam Kinison. As fate had it, Howard later checked in with comedian, writer and celebrated Kinison impressionist Craig Gass, who came prepared with several of his own Eddie Van Halen memories. As Craig explained it, he lived in Eddie’s home recording studio for about five months in the mid-2000s and the two shared plenty of interesting times.

“It was crazy,” Craig said.

Craig recalled the rocker generously offering him a place to stay after learning of his bad break up. “You’ve got no place to live? What the fuck? … Dude, pack up your shit and you’re moving with me,” Craig remembered Eddie saying. The invite did come with a disclaimer, but one any Van Halen fan would gladly endure. “The band’s getting back together, so it’s going to be noisy,” Craig recalled Eddie telling him. 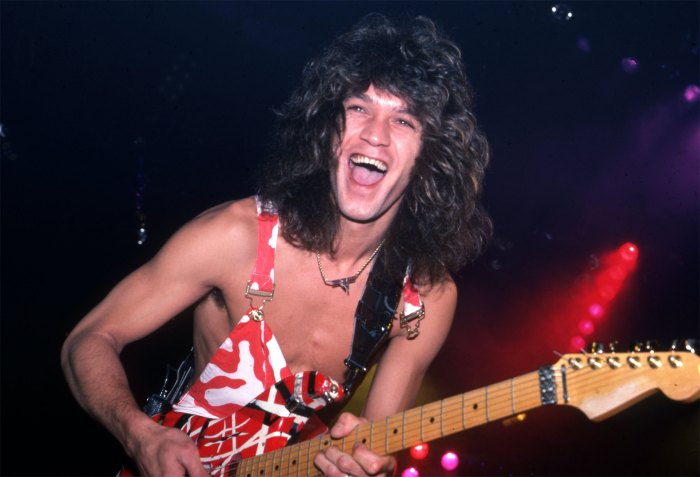 Eddie was a generous and humble host. He performed music for Craig on a whim, the two shared late-night conversations, and Eddie even allowed him to bring women back to the house when he wanted. “He was really caring and kind,” Craig said, later adding, “It’s heartbreaking that he’s gone.”

Howard played several Van Halen tunes on the air Wednesday as well as clips from a past Stern Show appearance where Eddie opened up about everything from his modest upbringing after his family immigrated from Amsterdam in 1962 to how he believed keeping a metal guitar pick in his mouth for much of his life had contributed to his sickness. Howard checked in with a few Van Halen superfans on his staff, too, including Steve Nowicki and Fred Norris.

“Eddie changed the way that people physically played guitar,” Steve said before whipping out his own guitar and demonstrating a few of Van Halen’s (literally) patented axe moves, including complicated harmonics, two-handed neck taps, and one maneuver which made his guitar sound like a violin.

Robin particularly enjoyed the staffer’s demonstration. “I was closing my eyes and imagining Steve was Eddie,” she said.

Steve said he was such a big Van Halen fan he once constructed his own guitar to look and sound exactly like Eddie’s custom-built Frankenstrat (pictured above). In 2007, Steve finally got the opportunity to see the band in concert. “It was just fucking amazing. So amazing,” he said.

Fred, meanwhile, pointed out Eddie didn’t need any fancy amps, pickups, or equipment to shine on the guitar. “All the sound came from him,” he said, describing Eddie as part Mozart, part Jimi Hendrix, and part Les Paul. “It was all about Eddie … He was just great.”

Howard also shared a statement from rock star and 2019 Stern Show guest Sammy Hagar, who knew Eddie well after fronting Van Halen for over a decade in the band’s heyday and then reuniting with the guys in the early 2000s. While Sammy and Eddie had their squabbles over the years, Hagar revealed the two had actually reconnected in 2020.

“I would love you to share that Eddie and I had been texting and it’s been a love fest since we started communicating earlier this year,” Sammy said in the statement he gave Howard. “We both agreed not to tell anyone because of all the rumors it would stir up about a reunion, etcetera, and we both knew that wasn’t going to happen. He also didn’t want anyone to know about his health. He stopped responding to me a month ago and I figured it wasn’t good. I reached out to him one more time last week and, when he didn’t respond, I figured it was a matter of time. But it came way too soon.”

Eddie is survived by his brother Alex, his wife Janie (Liszewski) Van Halen, and his son Wolfgang Van Halen, a talented musician in his own right who signed on as the band’s bassist in the late 2000s. Howard was heartbroken not only for Eddie’s family and loved ones, but also for the entire world who had just lost a truly singular talent.

“Will we ever see another one like him? I don’t think so. The guy was so innovative, so amazing,” he said. “Rest in peace, Eddie Van Halen.”