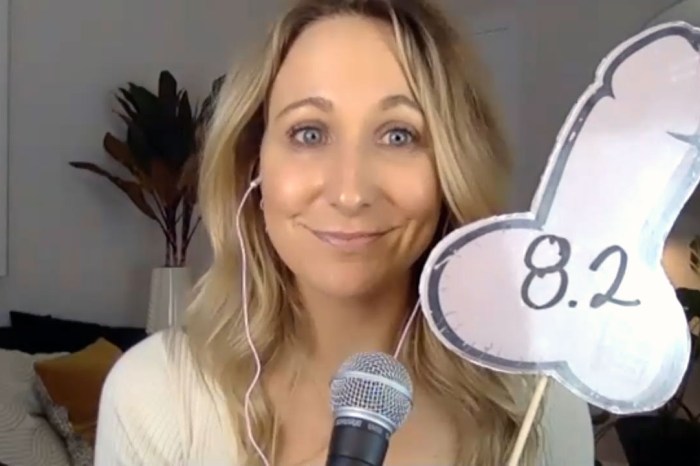 The Cocktober festivities continued in glorious fashion on Tuesday as Howard welcomed a trio of special guests to judge the Prettiest Penis in America contest. The jurists included comedians and celebrity superfans Nikki Glaser and Matteo Lane as well as the one and only Ralph Cirella. Each seemed eager to catch a glimpse of the best wangs the world had to offer, but first Howard spent a few moments catching up with them.

Nikki, returning to the show for the first time since March, said she’d spent eight months of the quarantine living with her parents in St. Louis. As if dating during a pandemic while crashing with mom and dad wasn’t hard enough already, the entertainer and SiriusXM host told Howard she also struggled to find a match on the celebrity dating app Raya—at least until her girlfriends convinced her to replace her stage-set profile pic with something more demure.

“Oh boy, I’m getting so many matches. It’s changed everything,” Nikki said. “I just have to deny who I am and I’ll find love.”

Though she’s encountered several high-profile stars on the app, she hasn’t had sex in over a year. “It’s been a really long time, so when I got asked to do this I jumped at the chance just to see a penis,” she laughed.

Howard wondered what it would take for a contestant to earn a high score from Nikki.

“I want an even skin tone. I don’t want it to be blotchy. I want it to look smooth. I would like a little bit of veins and not too many veins,” she said, adding, “I don’t think it’s about size, though, Howard. I want to be clear about that. I don’t think biggest is best.” 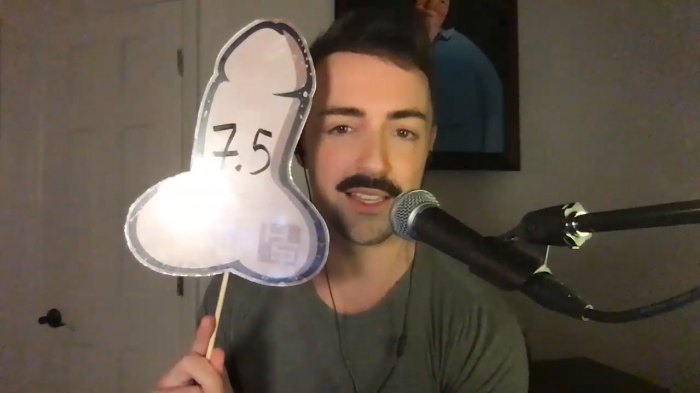 Nikki said she’s seen around 17 penises in the flesh, but fellow judge Matteo confessed to having seen more. “Maybe over 100,” the comedian, artist, opera singer, and Wrap Up Show veteran asked Howard. “Is that a lot?”

“That’s an expert level. That’s why you’re here today,” Howard said before asking Matteo what he hoped to see out of a contestant.

“I’m looking for a man who knows how to keep his penis up. I want someone to treat it like one of those bonsai plants that Mr. Miyagi took care of,” he responded. “Anything that’s like my Italian grandma’s living room—well kept. Looks fresh, clean. Maybe there’s a maid service.”

Size mattered, too, though he stressed it shouldn’t be too big. “Anything larger than seven-point-five I have to re-up my insurance,” Matteo said. “One guy … he pulled down his pants I literally said, ‘Stop it’ … I was horrified. I also had a bag of peanuts just in case.” 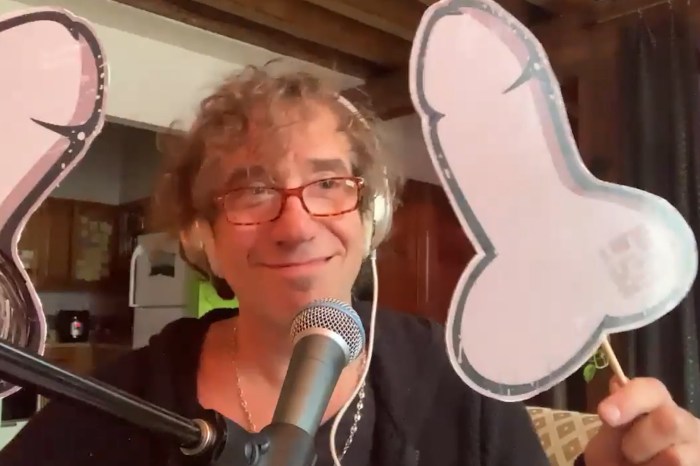 “In 1996, Ralph was given a gay lie detector test by Ed Torian. His answers saying he was straight were determined to be lies,” Howard reminded listeners.

“It’s like ‘The Sopranos,’ isn’t it more fun not to know at the end? Figure it out yourself,” Ralph said.

At any rate, Ralph knew the kind of penis he hoped to see Tuesday morning. “I’m looking for proportion,” he said. “Not too big. The area should be trimmed.” 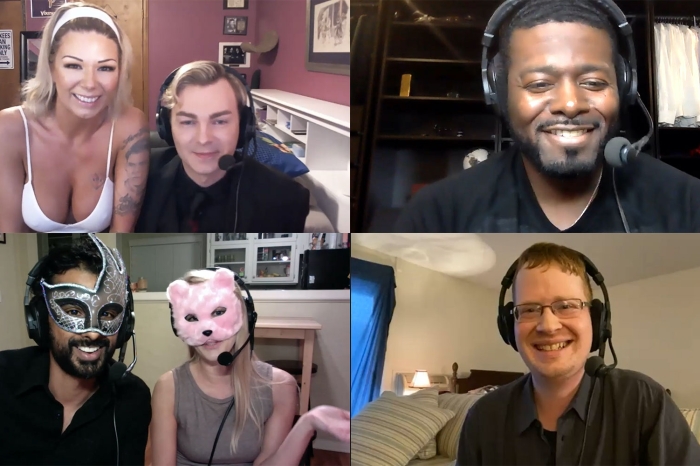 With introductions out of the way the judges opened up their Dick Dossiers and took a first look at photos of the four contestants they’d soon be seeing in the flesh. “They really want the bragging rights,” Howard said of the entrants. “Do not treat this lightly. This is important to the guys.”

The first contestant was Sebastian, who reported shaving his penis twice a week. At one point, Sebastian compared his penis to a can of Reddi-wip, but Ralph was unimpressed.

“You say the head is your best feature? It’s your worst feature. It’s out of proportion,” Ralph said. “It’s way too thick. It’s way too big.”

Nikki liked its size but compared the bulge in the middle to an anaconda digesting an animal. “The only thing is the head is smaller than the rest of it,” she said. “It looks like its wearing a hat that’s too small.”

Chase went next. “I shower every day, trim it up nice. That’s the way the girlfriend likes it, so we’re gonna keep it that way,” he told the judges as they looked over his goods.

While no one was blown away by Chase’s manhood, Matteo did compliment the Western-themed photographs he included with his submission. “We’re definitely not working with size here,” he said, adding, “You’re sort of a naked cowboy with just a boner and a barn.”

Nikki gave Chase a higher score. “It is very smooth. The texture is consistent,” she told him. “It looks clean. It looks well maintained.”

Next up was Rocco, an E.R. doctor with a penis so massive his colleagues sometimes saw it through his scrubs. “Other nurses would come up to me and say, ‘Hey, did you see Dr. Rocco’s dick?’” Rocco’s girlfriend Sasha explained at one point.

Matteo was duly impressed. “It sort of reminds me of the Freedom Tower,” he said. “It seems to have good girth and it seems like it would be a really good time. Also, it comes with health care.”

Nikki agreed. “It looks like a foam roller. Like, I can work out my shin splints on this thing,” she said.

Rocco received a score of 8 from Ralph and Matteo and a game-high 9 from Nikki.

But the male judges weren’t big fans of Jeremy’s johnson. “It’s like a basketball sitting on a pencil,” Ralph said.

Nikki was somewhat complimentary. “This is not a bad penis,” she said, adding, “It’s very pink. It looks sunburned and nervous.”

With all the scores tallied, Howard revealed Sebastian came in second with 21.3 points, Chase was a close third with 20.2 points, and Jeremy finished last with 7. That left just the Prettiest Penis in America contest winner: Rocco, who scored a whopping 25 points.

The impeccably-endowed doctor was thrilled to take home the tiny tiara. “It’s an honor to be on this show and to meet you guys. I never thought I’d achieve this level of notoriety, much less for my penis,” Rocco said, adding, “I grew up like a nerdy Indian guy, right? I was like ashamed of my body. To come on here … was kind of terrifying, but you guys were great. I really appreciate it.”

Howard ended the contest by singing a song in Rocco’s honor and thanking his judges for helping crown America’s prettiest penis.

“Gentlemen, as far as I’m concerned you’re all winners,” he concluded. “From all of us here, we do say adieu … and don’t forget to spay and neuter your pets.”

Catch Nikki Glaser this week at the Stress Factory Comedy Club in New Brunswick, N.J., and get more information here. Check out Matteo Lane’s “Inside the Closet” podcast with Emma Willmann here.