Howard Shares His Thoughts on the Current ‘Bachelorette’ Cast

Howard Shares His Thoughts on the Current ‘Bachelorette’ Cast

“I had no idea there were people with that many 8-packs in the world,” Robin Quivers agrees

Shortly before kicking off Tuesday’s Stern Show, staffers informed Howard of an unexpected wardrobe malfunction: his stomach was partially visible through an opening in his button-up shirt.

“You can see my white belly through the shirt,” Howard told listeners with a laugh. “It’s like a little hole here and you can just see belly and hair sticking out, and it’s vile.”

Howard powered through the minor mishap but soon lamented the fact time had taken its toll on his physique. Co-host Robin Quivers suggested staying in tip-top shape was probably a young man’s game, as evidenced by the most recent crop of perfectly sculpted male suitors competing on ABC’s reality romance series “The Bachelorette.” “I watched last week’s episode … I had no idea there were people with that many eight-packs in the world,” she said. 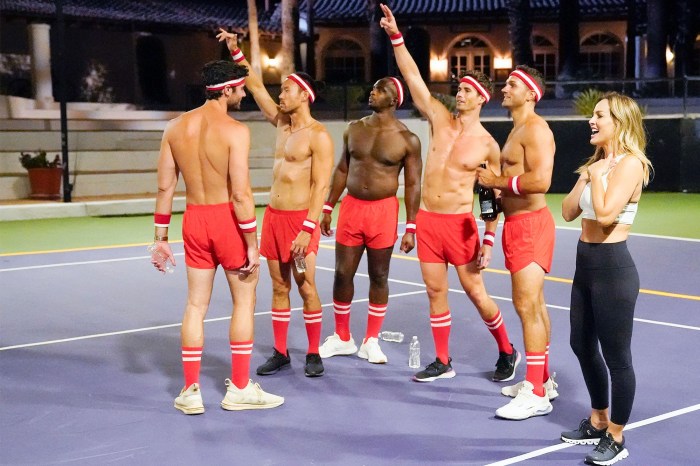 “Each guy is ripped,” Howard agreed. “These guys look like the Rock.”

He imagined this season’s Adonis-like contestants likely prioritized fine-tuning their bodies over nearly everything else. “When do these guys work?” he asked. “They’re in the gym all day, obviously.”

Robin concurred. “There was one guy, Howard … I was like, ‘Oh my god, look at his bicep!’ It was huge!” she exclaimed.

“I bet you before he goes on air there’s no jelly sticking out of his shirt,” Howard concluded with a laugh.

QUIZ: Who Gets These Wack Packers’ Vote in the 2020 Presidential Election?