“Oh my gosh … are you still one of Stern’s minions?” she asks the Stern Show staffer 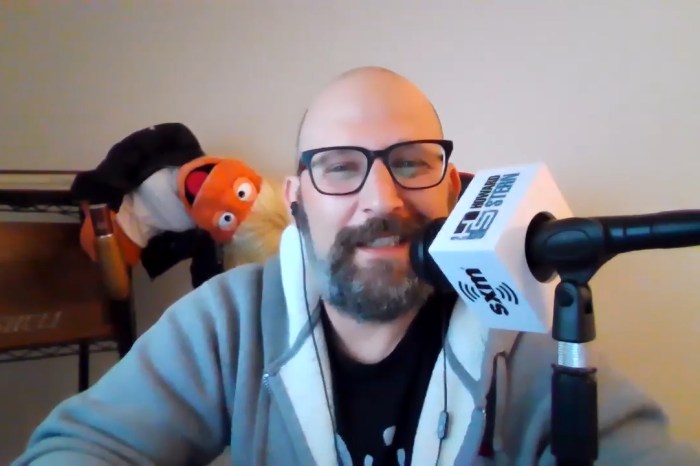 When Shuli Egar broke the news in September that he had moved his family to Alabama, there was one person who didn’t get the memo – Suzanne “Underdog” Muldowney.

Having developed a shine to the Stern Show staffer over the years and calling him a couple of times a week, it wasn’t certain how the beloved personality would take the update. “Oh my gosh … are you still one of Stern’s minions?” Suzanne asked Shuli with shock when she discovered just how far from the New York area he had moved.

Prior to that, Underdog was particularly concerned with how she would be able to reach the staffer. “Would you still have the same cell phone number where I can reach you?” she wondered. “I’m also going to have to copy down your new address.”

Both Howard and co-host Robin Quivers observed just how hard Suzanne took the news. “All news is bad news to her,” Howard remarked. “She’s very attached to Shuli, I’ll tell you that.”

“That was a general reaction of alarm that she might lose Mr. Shuli,” Robin agreed.

Shuli went on to say that no matter where he is, he will always be tethered to Underdog. “This is it, I’m Donnie Brasco but I never got out,” he joked in reference to the crime drama about an FBI agent who got in too deep with the mafia.

Listen to more of Suzanne’s reaction to Shuli’s move (below).