“The stuff in the supermarket that I’ve seen here I’ve never seen in any other supermarkets,” Stern Show staffer tells Howard 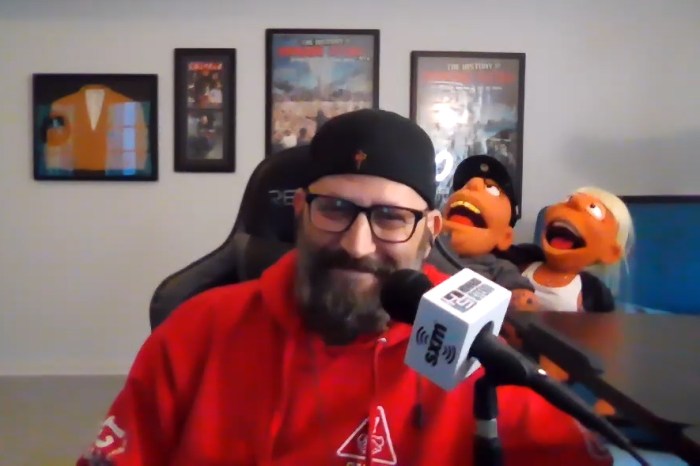 When Stern Show staffer Shuli Egar made the decision earlier this year to relocate his family from New York City to Alabama, he cited safety as a primary motivating factor. On Monday, he spoke to Howard about the completely different set of food options he didn’t consider – many with questionable nutritional value – in his adopted home state.

“The stuff in the supermarket that I’ve seen here I’ve never seen in any other supermarkets,” he explained with a laugh. “I saw a box of Twinkies cereal out here … it looks like little baby dicks all over this box, it’s the weirdest thing you’ve ever seen.”

According to the staffer, cereal isn’t the only odd breakfast product he’s come across. “I saw pancake syrup that was Captain Crunch Crunch Berries flavor,” he noted. “It’s like blue – I’m a pothead so I’m fine with it.”

Witness some more of Shuli’s findings in the photos (below). 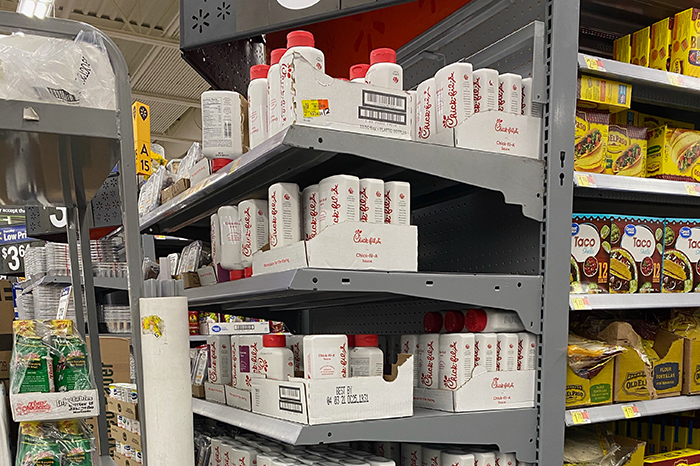 “Yes, I bought a bottle of Polynesian,” Shuli said of the large selection of Chick-fil-A dipping sauces he discovered. Photo: The Howard Stern Show 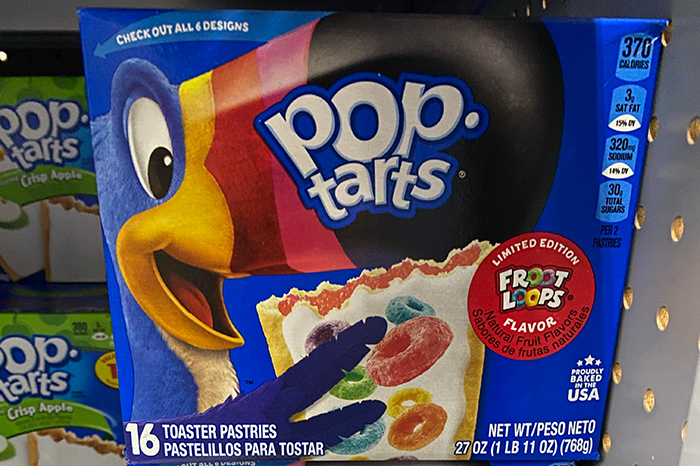 “I never knew they existed and I know my Pop-Tarts,” he remarked of the Froot Loops flavor he stumbled upon. Photo: The Howard Stern Show 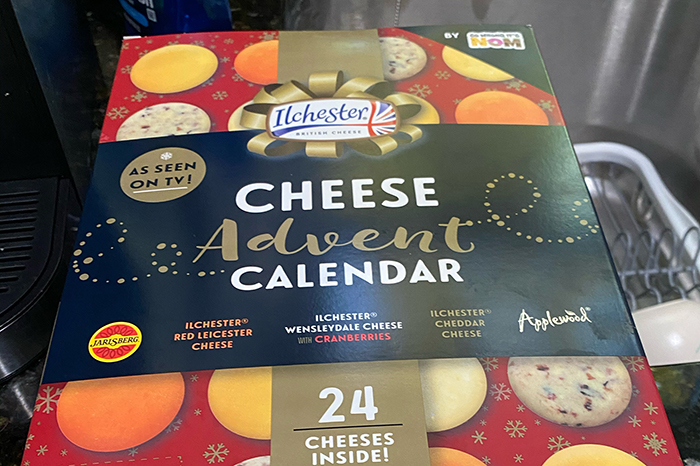 Just in time for the holidays, an Advent calendar made entirely of cheese. Photo: The Howard Stern Show 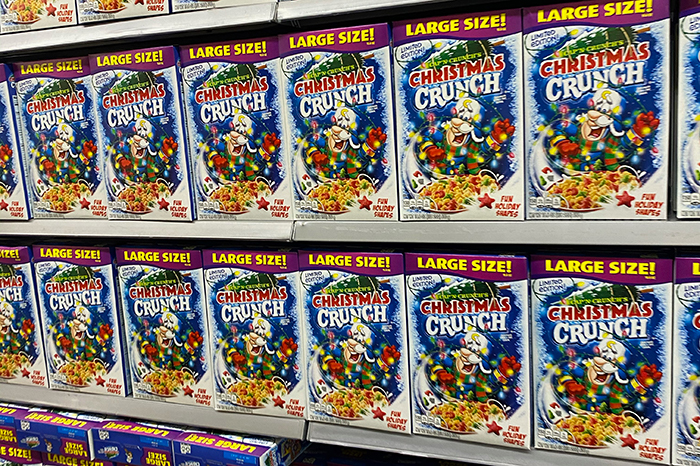