“You turn me on, you should be my tinsel on the tree,” fake actor tells co-host Robin Quivers 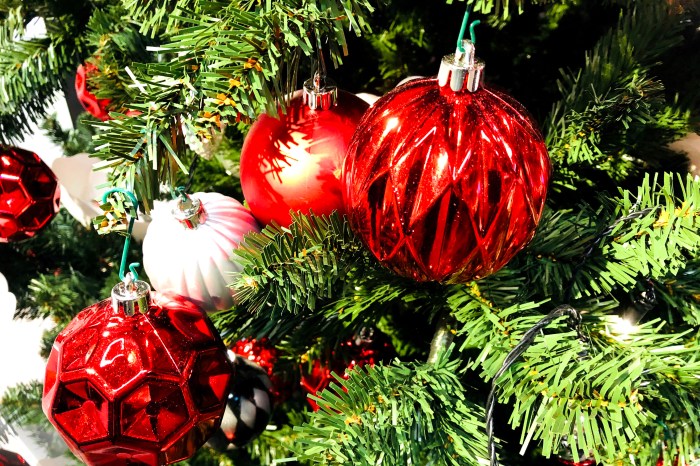 A very special Howard Stern Quarantined Christmas Party kicked off with a bang on Wednesday morning with an appearance from fake Arnold Schwarzenegger. Feeling festive, the phony actor got right into the spirit by ingesting plenty of his own seasonal semen.

“The cinnamon is going right to my thighs but I don’t care,” he told Howard enthusiastically.

His attention soon turned to co-host Robin Quivers. “You turn me on! You should be my tinsel on the tree,” Fake Arnold offered.

“I’m not going near that tree, Howard,” Robin joked in response.

After continuing to make a mess thanks to the “plenty of reserves” he still had inside of him, the fake Arnold left with a holiday message that was right on brand. “Merry Jizzmas to all and to all a goodnight,” he said before signing off.

George Clooney on Pranking Brad Pitt and Meryl Streep, Playing Batman Badly, and How He Proposed to His Wife Amal