During the first show of 2021 Howard celebrated the life and many accomplishments of legendary musician Leslie West, who recently passed away in Florida at the age of 75. Known both for his big stage presence and even bigger guitar tone on songs like Mountain’s “Mississippi Queen,” the rock pioneer and longtime Stern Show guest died late last month of cardiac arrest.

“Getting on the radio and getting to know Leslie West was a huge triumph in my life. I never thought I’d get to know a guy like that. He was just delightful, just one of the most wonderful human beings,” Howard told listeners Monday morning.

Howard looked back fondly on several run-ins with the rock icon, including their first conversation—which happened live, on the air—and the time he nervously rocked out to “Rocky Mountain Way” on stage with Leslie and fellow guitar god Joe Walsh. The two became friends and stayed in touch over the years, exchanging messages as recently as last month.

“He said he wanted to go back and rerecord the Mountain songs for the younger generations to hear,” Howard explained.

Following West’s death, Howard offered his condolences to Leslie’s wife, Jenni, who herself joined the Stern Show in 2011 during one of West’s many appearances. “I spoke to Jenni and she said Leslie went peacefully,” he told listeners, adding, “She said, ‘Leslie went out happy. He did.’” 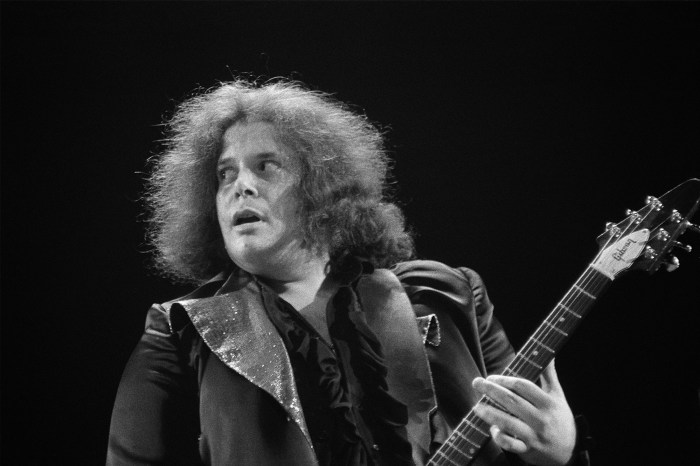 Howard and co-host Robin Quivers’ remembrance also touched upon West’s many contributions to rock ‘n’ roll, his involvement in the original Woodstock music festival, and several larger-than-life stories about everything from his generosity to his hard-partying ways.

Fred Norris, the Stern Show’s sound effects extraordinaire (and a musician himself), shared a few stories of his own, including the once-in-a-lifetime opportunity he had to make music with West. “I wrote a song with and for him. It was called ‘Talking to the Angels.’ It’s on one of his compilation albums,” he said. “When we tried to do it on the road, he played lead. He was nice enough to come in and play an awesome lead for that.”

As fans no doubt remember, West chatted with Howard and performed music on the Stern Show numerous times over the years. In 2005, he even served up a classic cover of Bob Dylan’s timeless tune “Blowin’ in the Wind.” Take a listen (above).

“I am really going to miss Leslie West. He was my hero. I was in high school. I was a loser. I was lonely. I would sit in my room and listen to music,” Howard said, adding, “It made me feel like a rebel.”