After Wendy possibly hit on her fellow Wack Packer, the duo recorded several love songs together 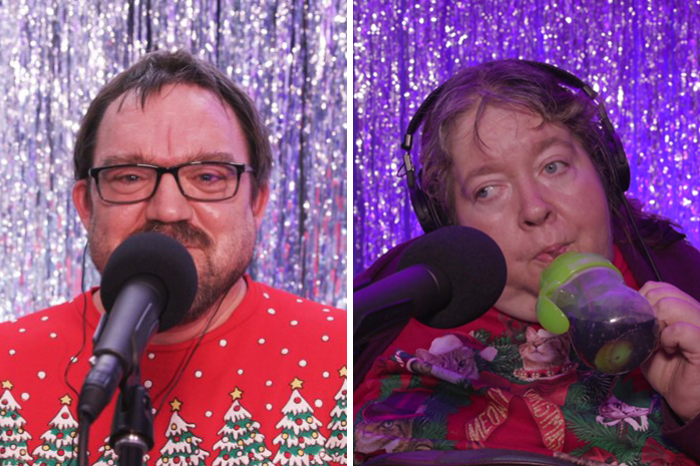 It seems Wendy the Slow Adult was trying to make a love connection with Mark the Bagger when the two Wack Packers visited the Stern Show back in December. “Wendy, I think, had her eye on Mark the Bagger,” Howard told Robin Tuesday in reference to their appearance on Hollyweird Squares. “Wendy was the center square and Mark kept screaming out, “I’m single, I’m single.”

“He was trying to get Nikki Glaser but his arrow missed and hit Wendy,” Robin said.

In some new audio that Howard played on Tuesday, Wendy can be heard inviting Mark to hang out and have a party with her. He politely declined, though, explaining he had to “get home and take a nap.”

“I’ve always said it would be great to have two Wack Packers make me a baby for the show so I could have a new Wack Packer,” Howard joked.

Though there was no romance between Wendy and Mark on the Hollyweird Squares set, the two did collaborate on a trio of love songs, beginning with the Sonny & Cher classic, “I Got You Babe.”

Listen to the duo’s complete collaboration, including their “very electric” take on the adult contemporary staple “Up Where We Belong” (below).