“Having a large fan base in my mind keeps me more connected to the show, period,” frequent caller admits

There was an update Monday morning on the #UnfollowBobo movement, the unexpected grass roots campaign that saw frequent caller Bobo lose over 5,000 Twitter followers last week. So effected by the crusade, Bobo went as far as writing a letter expressing his thoughts on the whole ordeal. “I gotta say, this whole movement is like getting stung by a bunch of bees,” Bobo admitted to Howard. “It really hurt me.”

Starting over a few times at Howard’s request, Bobo read an essay he wrote over the weekend. “I am still actually questioning myself as to why it’s important for me to have fans,” the letter read. “Having a large fan base in my mind keeps me more connected to the show, period.”

Bobo didn’t have any prepared remarks about Mariann from Brooklyn, who was a major proponent of people unfollowing him last week, but he did come up with something to say about her while on the air with Howard. “I want to put a statement out right now and this is right off the cuff,” Bobo announced. “Mariann called me out and I was being a little douchey and self-absorbent. She’s a hell of a person with a heart of gold.”

The flame on that feud seemingly down for the moment, the feud between Mariann and actor Michael Rapaport, an ardent Bobo supporter, remained. “Why he would mention my name on his lips was the worst thing he could ever do.” Mariann said in a voicemail last week. “Every night I will curse him under my breath when I go to bed.”

“I’m starting the fucking ‘Unfollow Mariann from Brooklyn’ campaign,” Michael said in a voicemail of his own to staffer JD Harmeyer.

After a back and forth with Mariann in which the rivals often spoke over each other along with frustration over Bobo’s support for the Wack Packer, Michael had an update on his stance. “I am unfollowing Bobo and I’m making a big statement right now,” he said. “I’m starting the ‘Unfollow Mariann movement’ today.”

“I’m unfollowing everybody,” Mariann retorted before Howard was able to calm everyone down. Read Bobo’s full essay (below). 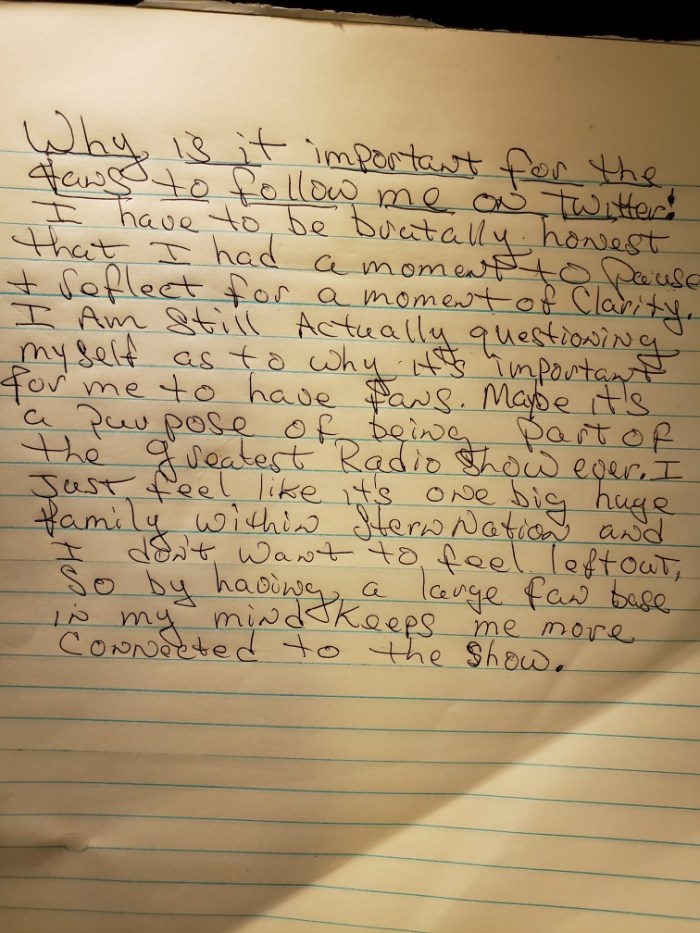