“America is never going to be the same now that Quivers is becoming a big thing,” Howard explains 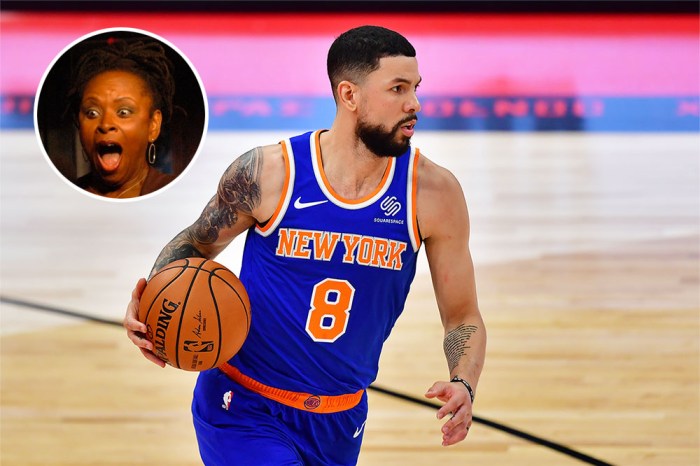 The New York Knicks started off the season with some impressive wins, thanks in large part to clutch performances from rookie point guard Immanuel Quickley and veteran shooting guard Austin Rivers. The dynamic duo played so well in recent weeks the media has even bequeathed them an all-too-familiar nickname: “Quivers.”

Howard was stunned to see his co-host Robin’s surname in the news. “America is never going to be the same now that Quivers is becoming a big thing,” he told listeners Monday morning.

According to reports, however, Quickley and Rivers don’t much enjoy the nickname. For the life of her, Robin struggled to understand why. “I’m a big fan of it,” she said, adding she might call the players up and give them a piece of her mind.

Howard lamented the fact the Knicks were surging at a time when the pandemic makes it hard for fans to watch them play in person. “I knew this would happen,” he joked. “The Knicks finally get good and I can’t go to the Garden and watch them.”

That’s when executive producer Gary Dell’Abate chimed in to reveal the Knicks had actually run cold in recent days, blowing two games in a row. After hearing about the losing streak, Robin quickly changed her tune. “Don’t use my name, please,” she said with a laugh.