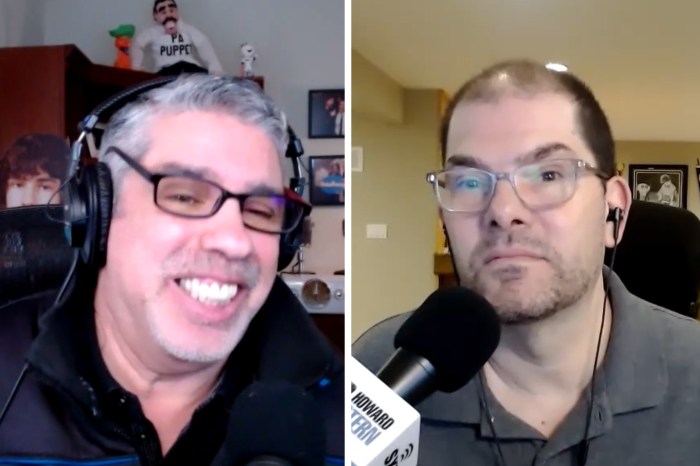 Gary Dell’Abate has wowed listeners with his knowledge of rock trivia for decades, but the Stern Show executive producer and noted vinyl aficionado wavered Monday when his friend, colleague, and Wrap Up Show co-host Jon Hein challenged him to a new round of Stump the Booey.

“I’m not backing out … I’d be happy to play him,” Gary clarified, explaining he originally had no problem going head-to-head with Jon until their co-workers suggested the loser permanently forfeit their status as a Rock and Roll Hall of Fame voter.

Fascinated by the prospect of a high-stakes contest, Howard pressed on. “Do you really think you could beat him?” he asked Jon.

“He’s the best, no doubt about it, but I could hold my own and I’d love to sort of take him on and see,” Jon said, adding, “I would bet the Rock Hall voting, but if Gary’s uncomfortable with it we could do it for a short period of time.”

Stakes for the game finally agreed upon, Howard announced the much-anticipated matchup would commence later this month as the Stern Show celebrated Gary’s upcoming 60th birthday. And it didn’t take long for both contestants to reveal they’d both already begun practicing.

“I’m going to give it my best shot and hopefully I can take down the champ,” Jon said.