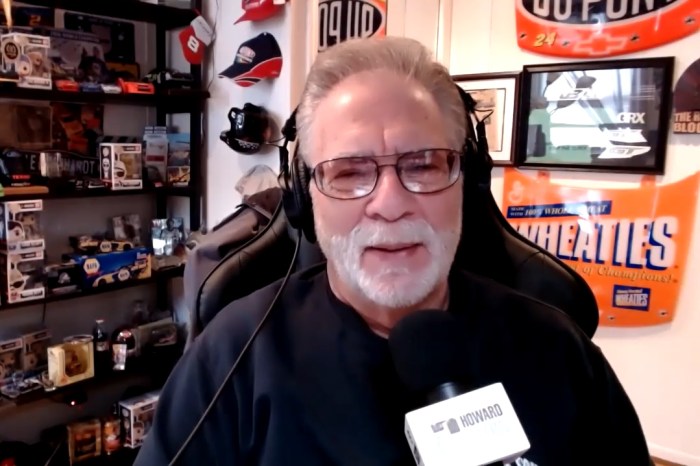 Does Richard Christy have something to be worried about?

With the Stern Show staffer and phony phone call maestro out on paternity leave, Ronnie “the Limo Driver” Mund has stepped into Richard role with his own prank call effort, dialing up a mattress store as “Barry.”

“I do it in the morning, we goof around when we’re testing the mics and stuff so I do a deep voice,” he told Howard on Tuesday of the origins of his take on iconic R&B singer Barry White.

Once Howard played the call, it was hard to draw much of a difference between the prank and Ronnie’s reality.

“Me and my woman, we get it on pretty good at night so I’m looking for a mattress that, you know, could really like bounce it out,” he told the salesman. “Maybe I’ll bring the woman and we could like try it out a little bit maybe? We’ll do a little bounce for you.”

“Y’all can lay on them, you can do whatever you got to do,” the clerk said in response before later offering up his own love advice. “It’s all about the motion of the ocean, my man.”

After the call, both Howard and co-host Robin Quivers appeared perplexed.

“What happened to the deep voice?” Robin wondered since Ronnie appeared to go to a normal register almost immediately.

“The funny thing with Ronnie’s Barry White impression … within two seconds he goes from being Barry White to a Southern guy,” Howard explained before asking, “Does anyone think that Ronnie shopping for an actual mattress is any different than what’s going on in this phone call?”

Arsenio Hall on Leaving Late Night, Hanging With Richard Pryor, and Bringing Laughter to the Masses With ‘Coming 2 America’