“We knew he’d be better than Ronnie was,” co-creator Yucko the Clown tells Howard

Following the successes of Ronnie “the Limo Driver” Mund and Wack Packer High Pitch Erik, executive producer Gary Dell’Abate is the latest Stern Show member to lend his voice to the Netflix animated series “Paradise PD.” With just one line in the 12th episode of the latest season, Howard questioned the motives of co-creator and Stern Show favorite Yucko the Clown. “He’s smart,” Howard said Wednesday morning of the move. “One line he gave Gary and now he’s the poster for the cartoon.” 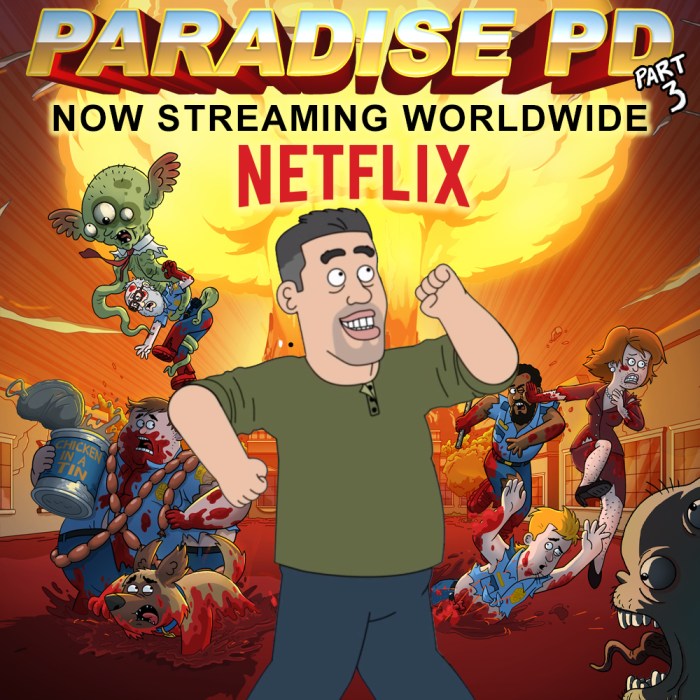 For Gary’s part, he saw things differently. “I really didn’t think I was being used,” he insisted. “First of all, they went to my agent and my agent said you probably should do this, it’s one line, it’s easy, you can do it from home and so I did it … if he would have given me 20 lines I probably would have said no fucking way.”

After Howard, co-host Robin Quivers, and Fred Norris all pointed out Gary’s infamous throat clearing during his recording session, Yucko called in to shed some light on the casting. “Full disclose, the suits love you up there – they love Gary, they love the show,” he explained. “We knew he’d be better than Ronnie was.”