“I’m not sure I understood you, Bob,” the late host told the Wack Packer at the time 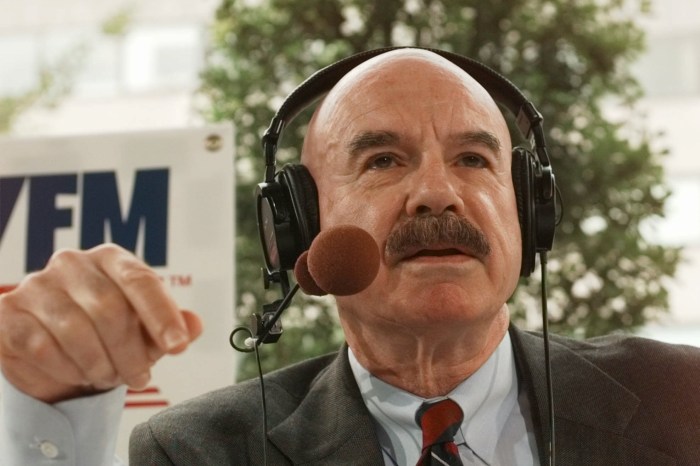 G. Gordon Liddy, best known for his role in the Watergate scandal that ultimately ended the presidency of Richard M. Nixon, has passed away at the age of 90. Eventually developing a successful career in radio, he wound up being a Stern Show guest on more than a few occasions. “We had him on a lot of times, we enjoyed having him on,” Howard confirmed Wednesday morning. “He was good at talking and captivating … he was a character.”

In a fitting tribute, Howard replayed a classic phone call to Liddy’s radio show in which late Wack Packer Crackhead Bob acted as someone whose torture at the hands of Al Qaeda resulted in a major speech impediment. “I’m not sure I understood you, Bob,” G. admitted upon being asked a question before requesting Bob repeat it. “Okay, I got ‘Is it true that I once stood up someplace?’”

The Wack Packer powered through the call but the host continued to have trouble interpreting. “Bob, I’m having difficulty understanding you. I just want to say congratulations for escaping from Al Qaeda,” he said before hanging up.

“Such a great call, we were so proud of ourselves,” Howard remembered with a laugh.