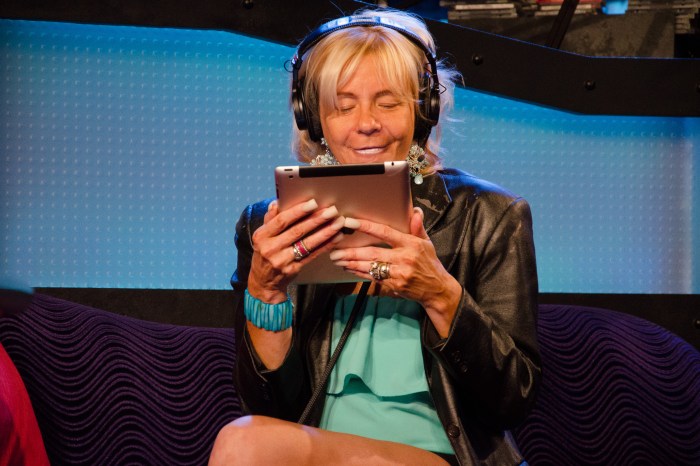 To celebrate beloved Wack Packer Tan Mom’s birthday recently, Ham Hands Bill called her pretending to be actor Antonio Banderas. During the exchange, which debuted on Wednesday, Tan Mom seemed to submit to Ham Hands’ charms, despite there not being much of a difference between his impression and regular voice.

“We could go out for a cocktail or two, I would like to, you know, get to know you, go out to dinner, and say hi,” she offered. “I’m in Florida, it’s absolutely gorgeous and you’re more than welcome to come out.”

However, when things turned sexual, the fake Antonio’s charms came to a screeching halt. “Enough with the bending over, don’t you know how to lay down?” she complained. “I have a bad back. Darling, my boyfriend’s dick is two dicks so buh-bye.”

Speaking of that boyfriend, Tan Mom called in later on to tell Howard about her new beau whom she has only met over the phone. Stern Show staffer Memet Walker expressed some concerns. “First of all, the guy looks like Bradley Cooper in the pictures he sends her but from what I gather, when they FaceTime he only like shows his penis,” he detailed. “He refuses to let anyone call him from the show and speak to him … I’ve told her I think it’s fake, I think she’s in great danger ‘cause she’s like buying plane tickets to go meet this guy.”

To hammer his point home, Memet recounted the time he was scammed by an internet suitor. “I did get catfished and that’s why I’m saying it can happen to anyone,” the staffer admitted. “I was about to get on a bus and go like four hours to meet somebody.”

Before Memet could go through with the encounter, which was to take place at a cabin in the woods, Howard and co-host Robin Quivers put a stop to it. “That’s why I am alive today,” he revealed.

VIDEO: Ronnie Mund Details the ‘Hot Dog’ Move He Pulled on His Fiancée in the Bedroom