“She just had a really good sense of humor,” he noted of the former Stern Show guest 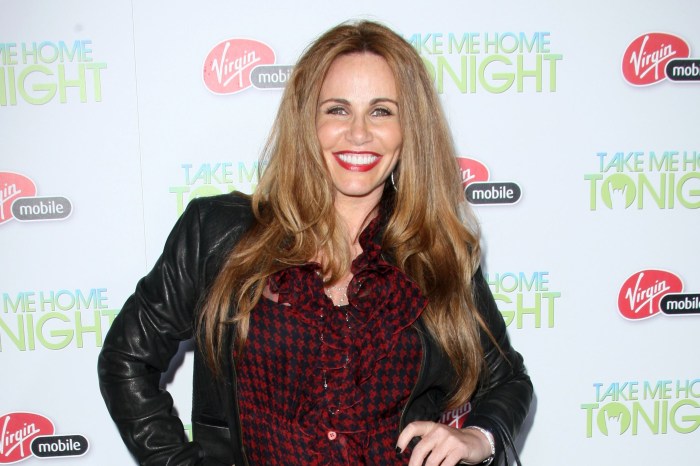 Actress Tawny Kitaen, who starred in “Bachelor Party” with Tom Hanks and had iconic performances in several videos for the band Whitesnake, has died at 59. On Monday, Howard remembered Kitaen fondly for guesting on his WWOR television show at a time when many stars would not. “The fact that Tawny Kitaen came on, it was like the Beatles were coming on,” he remarked to co-host Robin Quivers. “She was some beauty.”

Born Julie Kitaen in 1961, Howard ran through some of her career highlights before remembering just how impactful her music video appearances were. “Everyone knew her from those Whitesnake videos. There must have been about three or four Whitesnake videos in a row where Tawny Kitaen would dance around,” he marveled. “When MTV hit and Whitesnake put her in ‘Here I Go Again,’ that was it. You can’t listen to this song without thinking about Tawny Kitaen, at least I can’t.”

While she was known for her physical beauty and sex appeal, Howard remembered the actress as being kind. “She was very lovely,” he noted. “Sweet person … she just had a really good sense of humor.”

Seth Rogen on His Bizarre Meeting With Nicolas Cage, Peeing in Tom Cruise’s Driveway, and Why He and His Wife Never Want Children