Angry Black and King of All Blacks Clash Over Sneakers, Vodka, and the COVID-19 Vaccine

Angry Black and King of All Blacks Clash Over Sneakers, Vodka, and the COVID-19 Vaccine 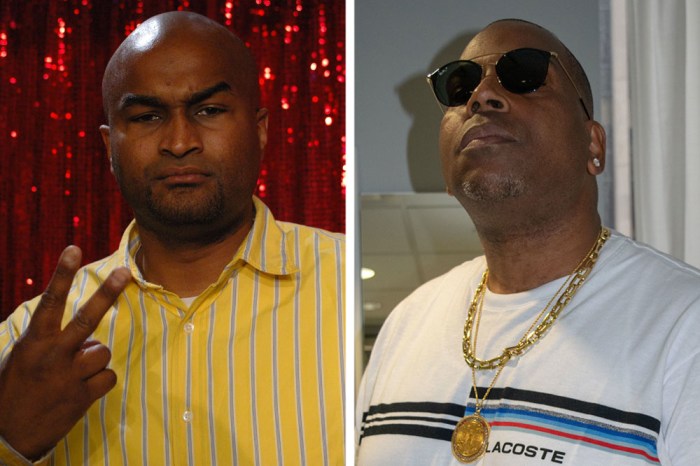 Angry Black called into the Stern Show for the first time in years on Monday to catch Howard and co-host Robin Quivers up on life during the pandemic. He eventually opened up about the single life, his new BMW, and how he believed the world should get back to normal despite COVID-19. But first Robin wanted an update on the longtime caller’s legendary temperament.

“Are you still angry or are you calmed down now?” she asked.

“Would it be fair to call you Mellow Black?” Howard wondered.

“You know what? From time to time,” he responded. But Angry Black started raising eyebrows when he urged everyone to stop living in fear of COVID-19, which has in the past 14 months claimed the lives of nearly 600,000 Americans.

Robin was dumbfounded. “It’s a disease you don’t have to get,” she told him.

It wasn’t long before King of All Blacks called in to give his own two cents. “He rubs me the wrong way,” the frequent caller said.

Soon, he and Angry Black were arguing on the air about everything from sneakers and vodka brands to politics and racial identity. At one point, King of All Blacks suggested Angry Black was the type of guy who carried a Police Benevolent Association card around with him in order to get out of speeding tickets. But Angry Black insisted that wasn’t necessary.

“Everybody knows me because of the Stern Show,” he said. “I’m a known guy.”

“What?” King of All Blacks asked in disbelief. “We forgot about you five years ago.”

When the two circled back to COVID-19, Angry Black revealed he was unvaccinated. “I’m not taking no vaccination,” he said, adding. “If I get ill—heaven forbid—I’ll go to my personal physician or the emergency room. I don’t get sick.”

Howard could barely believe it. “I’ve taken it, Robin’s taken it, King of All Blacks has taken it, and nothing happened except we can all walk around mask free,” he said.

Later, Angry Black wondered if Howard planned to take the Stern Show back on the road in the future. While Howard promised to consider it, he told Angry Black not to expect an invite.

That was all the motivation Angry Black needed to reconsider his position. “If you do a road trip with the show, I’m definitely going to get vaccinated to be there,” he said.

Though everyone was happy to hear Angry Black promise to get his COVID-19 vaccine, his sudden flip-flop left King of All Blacks mystified. “I thought you had all these principles … you’re going to get vaccinated?” he asked.