“I found him to be just a sweetheart of a guy and I for one will miss him,” he says of late Wack Packer 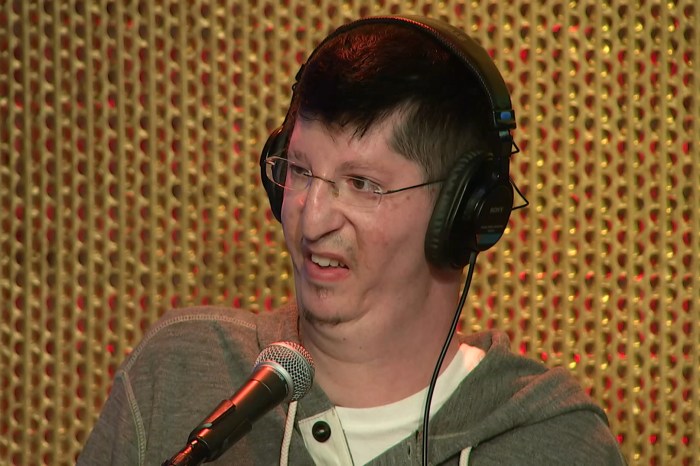 Wack Packer Marfan Mike, who was famously inducted into the Stern Show family in 2018 after an intense conclave, has died after a bout with pneumonia. On Tuesday morning, Howard remembered Mike for being good-natured. “I enjoyed knowing him,” he recalled. “I thought he was a lovely, lovely guy. Every time I talked to him off the air … I found him to be just a sweetheart of a guy and I for one will miss him.”

High Pitch Erik, whose one-time feud with Mike dated back to their high school days together, spoke fondly of his contemporary. “I want to say rest in peace Marfan Mike, you will be missed,” he noted of Mike after revealing it was his dream to even be on the show, let alone be a part of it. “He was in the Wack Pack, and he will forever be in the Wack Pack.”

“I’ll remember him as never being a problem as a Wack Packer,” co-host Robin Quivers said in a nod to others including Erik and Jeff the Drunk.

Howard went on to play several highlights from Mike’s many contributions to the show, including a phony phone call in which he complained to a customer service agent that he was stuck in a vending machine. “That’s why I sound like this,” he told her. “My face is pressed against the glass. I need to know how to get out of the goddamn thing.”

Listen to that classic Marfan Mike call (below).

Will High Pitch Erik and Debbie Finally Get Together?