“Once you’re in, you’re in,” Howard tells frequent caller before threatening to strip him of all his Stern Show privileges

Is he or isn’t he? After years of wanting to be a member of the prestigious Wack Pack, on Wednesday frequent caller Bobo expressed he no longer wished to be a part of it. “Quite honestly I am getting fucking freaked out ‘cause it’s like a death curse,” he told Howard in reference to the recent passing of Marfan Mike. “Now they’re dropping like flies.”

“You told me you see yourself as one of the most important Wack Packers, you sold me a bill of goods, you begged me. Even though the audience said just fuck Bobo … I acquiesced and I put you in the Wack Pack,” a perturbed Howard responded before likening a position in the Wack Pack to one in the mafia. “There is no out. Once you’re in, you’re in.”

Continuing on, Howard explained there would be just one way for Bobo to make an exit—by losing of all of the privileges he enjoys as part of the Wack Pack. “I strip you of the name Bobo. Your name is Steve from Florida … Anything of mine in your house in that shrine I want back. The Howard Stern shrine is over,” he explained to the increasingly alarmed caller. “No more Bobo puppet, we’re burning it today.” 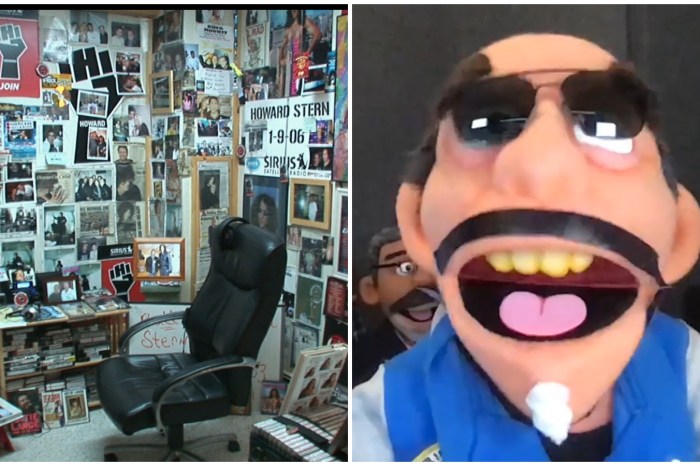 When Howard also said he could no longer attach the Stern Show brand to his Cameo account or reference them in his social media handles, Bobo caved. “No, no, keep me in,” he pleaded. “I’m not going to do that … I’m not losing all of this.”

Despite lightening up on him in the end, Howard remained firm that he wouldn’t tolerate such disloyalty moving forward. “You ever call me again with this nonsense, I’m going to make you take the oath and I’m going to strip you of all your Wack Pack powers,” he promised. “Never call me again with that bullshit and we’ll never talk about this again.”