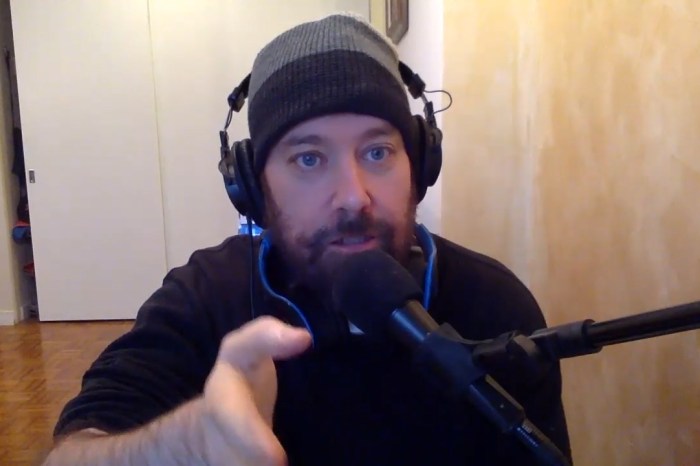 After failing to follow instructions in ejaculating on coworker Richard Christy’s Kansas City Chiefs hat, Stern Show staffer Benjy Bronk has finally made a contribution. In typical Benjy fashion, however, on Wednesday he struggled to give a concise update on how it went. “Last night at about 9:19 p.m. I came on it,” he revealed. “Originally, I was going to do it when I woke up at like three, four in the morning before I go back to sleep, like the second sleep … I was like. ‘I better just get it done.”

Eventually, Benjy explained how he approached the assignment. “I positioned the hat on a chair that was about the right height,” he noted. “I really hate jerking off standing up but … I didn’t want to bring the hat in the bed with me …. I started just looking at things on the internet, like news stuff.”

Although Benjy did eventually finish on the hat with what he described as “a nice load,” he unfortunately did not follow protocol and send both the picture and audio proof of his work to colleague Jason Kaplan.

“That is the eternal question of trying to work with Benjy,” Jason admitted after Howard wondered what was going on with the staffer. “He’s in all the same meetings with all of us where we all have the same conversations about how things are going to happen and the way they’ll work.”

“You’ve got to send this stuff to Jason,” Howard said in agreement. “You’re a senior dude … Do you understand what we do for a living?”

Wednesday’s Stern Show guest Ben Stiller must’ve been listening live to the commotion Benjy was causing since he tweeted out clarification that, though they technically have the same first name, he was not the person being discussed on air.