“I got really stoked because I started to sit and listen to their catalog once again and it is enormous,” Howard says of band’s offer to play whichever tracks he chooses 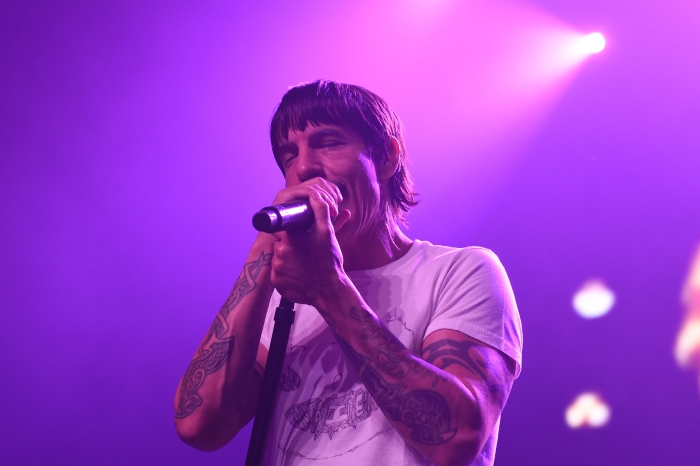 Howard was excited to share the news Monday that Rock and Roll Hall of Famers the Red Hot Chili Peppers will be coming on the Stern Show in April not only for an interview, but to perform some music as well. “We will be sitting and talking music, just bullshitting and then they’re going to break into song—how special is that?” he revealed to co-host Robin Quivers.

Even better, it is entirely up to Howard on which songs from the band’s expansive catalog they will play—though actually making a final decision has already proved to be a daunting task. “I was having trouble deciding,” Howard admitted before explaining he had narrowed it down to nine songs, including “Under the Bridge” and “Give It Away” off 1991’s breakthrough album, “Blood Sugar Sex Magik.”

“Now I see why you’re running into trouble picking,” Robin responded after Howard then rattled off hits from 1999’s “Californication.”

Though Howard briefly sought help from the audience, when they started suggesting other titles, he soon regretted it. “I don’t want you to call in and add more songs to my dilemma,” he told one caller. “You’re not helping.”

For clarity, he then turned to staffers and Rock and Roll Hall of Fame voters Jon Hein and Gary Dell’Abate. “I’d go with ‘Under the Bridge’ … but the upbeat one I would go with is ‘Dani California,’” Jon suggested. “I like that tune and I think every musician gets to show off a little bit in that song.”

“They have to do ‘Under the Bridge,’ it’s such a great song,” Gary agreed. “For me, the second song is probably ‘Scar Tissue.’”

“Maybe we’ll do that,” Howard said of Gary’s picks. “Right now, that’s what I will lock in on but it’s subject to change.”

VIDEO: Bob Odenkirk on ‘Nobody 2,’ Chris Farley’s Final Days, and the Heart ‘Incident’ That Nearly Killed Him on Set